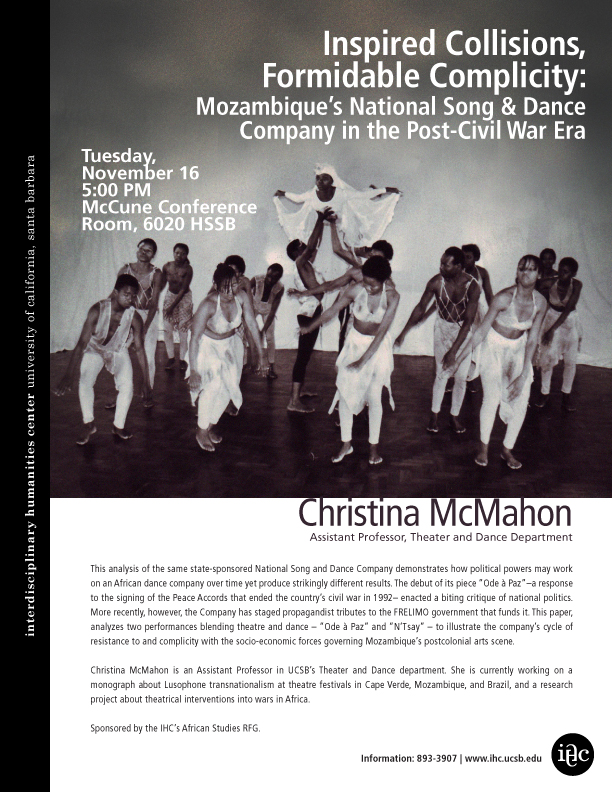 This analysis of the same state-sponsored National Song and Dance Company demonstrates how political powers may work on an African dance company over time yet produce strikingly different results. The debut of its piece “Ode à Paz”–a response to the signing of the Peace Accords that ended the country’s civil war in 1992–enacted a biting critique of national politics. More recently, however, the Company has staged propagandist tributes to the FRELIMO government that funds it. In this paper, I analyze two performances blending theatre and dance — “Ode à Paz” and “N’Tsay” — to illustrate the company’s cycle of resistance to and complicity with the socio-economic forces governing Mozambique’s postcolonial arts scene.

Christina McMahon is an Assistant Professor in UCSB’s Theater and Dance department. She is currently working on a monograph about Lusophone transnationalism at theatre festivals in Cape Verde, Mozambique, and Brazil, and has another research project about theatrical interventions into wars in Africa. Her articles have appeared in Theatre Survey, Theatre Research International, and Theater History Studies.