Posted at 16:00h in IHC Research Focus Groups by Admin 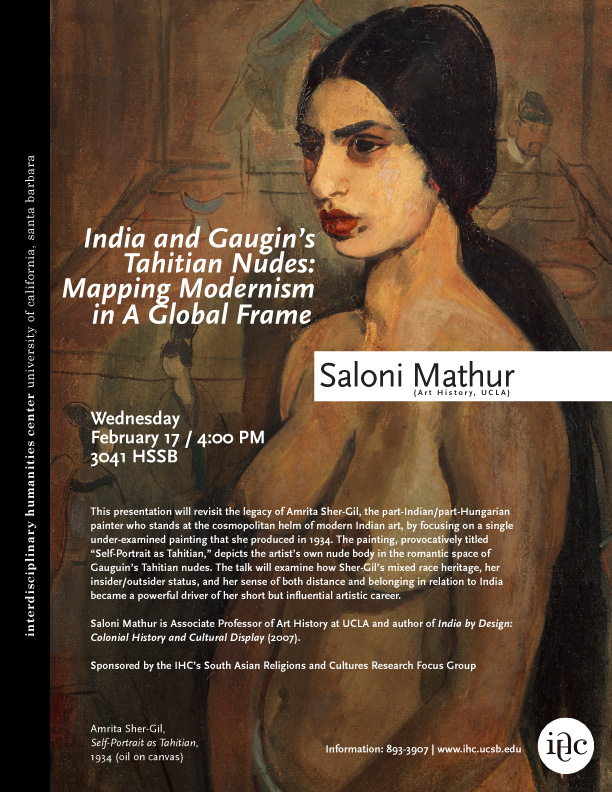 Professor Mathur’s lecture revisited the legacy of Amrita Sher-Gil, the part-Indian/part-Hungarian painter who stands at the cosmopolitan helm of modern Indian art, by focusing on a single under-examined painting that she produced in 1934. The painting, provocatively titled “Self-Portrait as Tahitian,” depicts the artist’s own nude body in the romantic space of Gauguin’s Tahitian nudes. The presentation examined how Sher-Gil’s mixed race heritage, her insider/outsider status, and her sense of both distance and belonging in relation to India became a powerful driver of her short but influential artistic career.

Saloni Mathur is Associate Professor of Art History at the University of California, Los Angeles. Her publications include India by Design: Colonial History and Cultural Display.