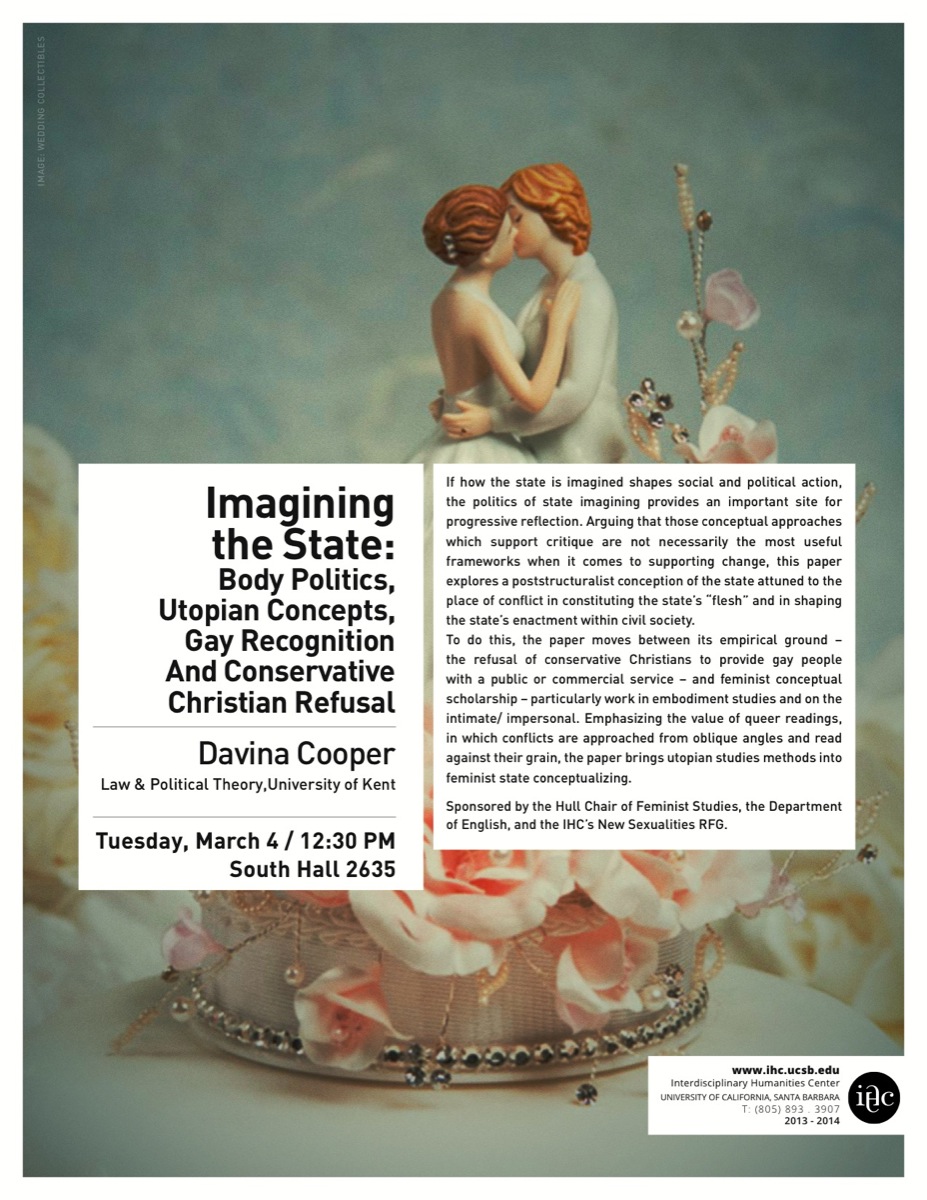 If how the state is imagined shapes social and political action, the politics of state imagining provides an important site for progressive reflection. Arguing that those conceptual approaches which support critique are not necessarily the most useful frameworks when it comes to supporting change, this paper explores a poststructuralist conception of the state attuned to the place of conflict in constituting the state’s “flesh” and in shaping the state’s enactment within civil society.
To do this, the paper moves between its empirical ground – the refusal of conservative Christians to provide gay people with a public or commercial service – and feminist conceptual scholarship – particularly work in embodiment studies and on the intimate/ impersonal. Emphasizing the value of queer readings, in which conflicts are approached from oblique angles and read against their grain, the paper brings utopian studies methods into feminist state conceptualizing.

Davina Cooper is Professor of Law & Political Theory at the University of Kent (UK). Her academic work focuses on transformative projects and possibilities within the state and civil society, particularly in relation to sexuality, religion and minority social practices. She also focuses methodologically and politically on the constraints and promise of political concepts, particularly of the state, power and equality. She is the author of Everyday Utopias: The Conceptual Life of Promising Spaces (just published by Duke). Her earlier books include: Challenging Diversity, Governing Out of Order, Power in Struggle, and Sexing the City. Between 2004-2009, she was Director of the AHRC Research Centre for Law, Gender & Sexuality. She co-edits the Routledge interdisciplinary book series, Social Justice; has sat on research council and other national funding bodies, worked as a local magistrate, and from 1986-1990, served as an elected local politician on a radical London council.

Sponsored by the IHC’s New Sexualities RFG, the Hull Chair of Feminist Studies, and the Dept. of English.