Humoring the Saints: Mirabai and Her Guru

03 Nov Humoring the Saints: Mirabai and Her Guru

Posted at 10:48h in IHC Research Focus Groups by Admin 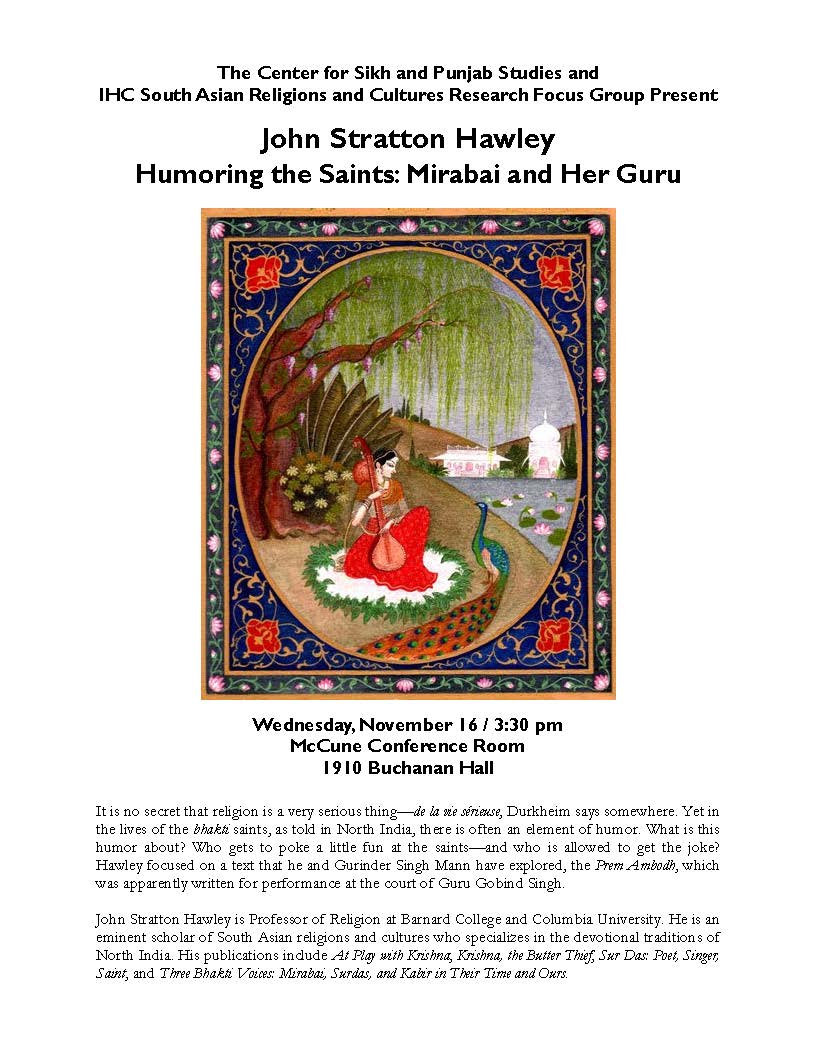 It is no secret that religion is a very serious thing—de la vie sérieuse, Durkheim says somewhere. Yet in the lives of the bhakti saints, as told in North India, there is often an element of humor. What is this humor about? Who gets to poke a little fun at the saints—and who is allowed to get the joke? Hawley focused on a text that he and Gurinder Singh Mann have explored, the Prem Ambodh, which was apparently written for performance at the court of Guru Gobind Singh.

John Stratton Hawley is Professor of Religion at Barnard College and Columbia University. He is an eminent scholar of South Asian religions and cultures who specializes in the devotional traditions of North India. His publications include At Play with Krishna; Krishna, the Butter Thief; Sur Das: Poet, Singer, Saint; and Three Bhakti Voices: Mirabai,Surdas, and Kabir in Their Time and Ours.