Eighth James J. Bradac Memorial Lecture: How We Manage To Do Things Together

Home > Upcoming Events  > Eighth James J. Bradac Memorial Lecture: How We Manage To Do Things Together

07 Oct Eighth James J. Bradac Memorial Lecture: How We Manage To Do Things Together 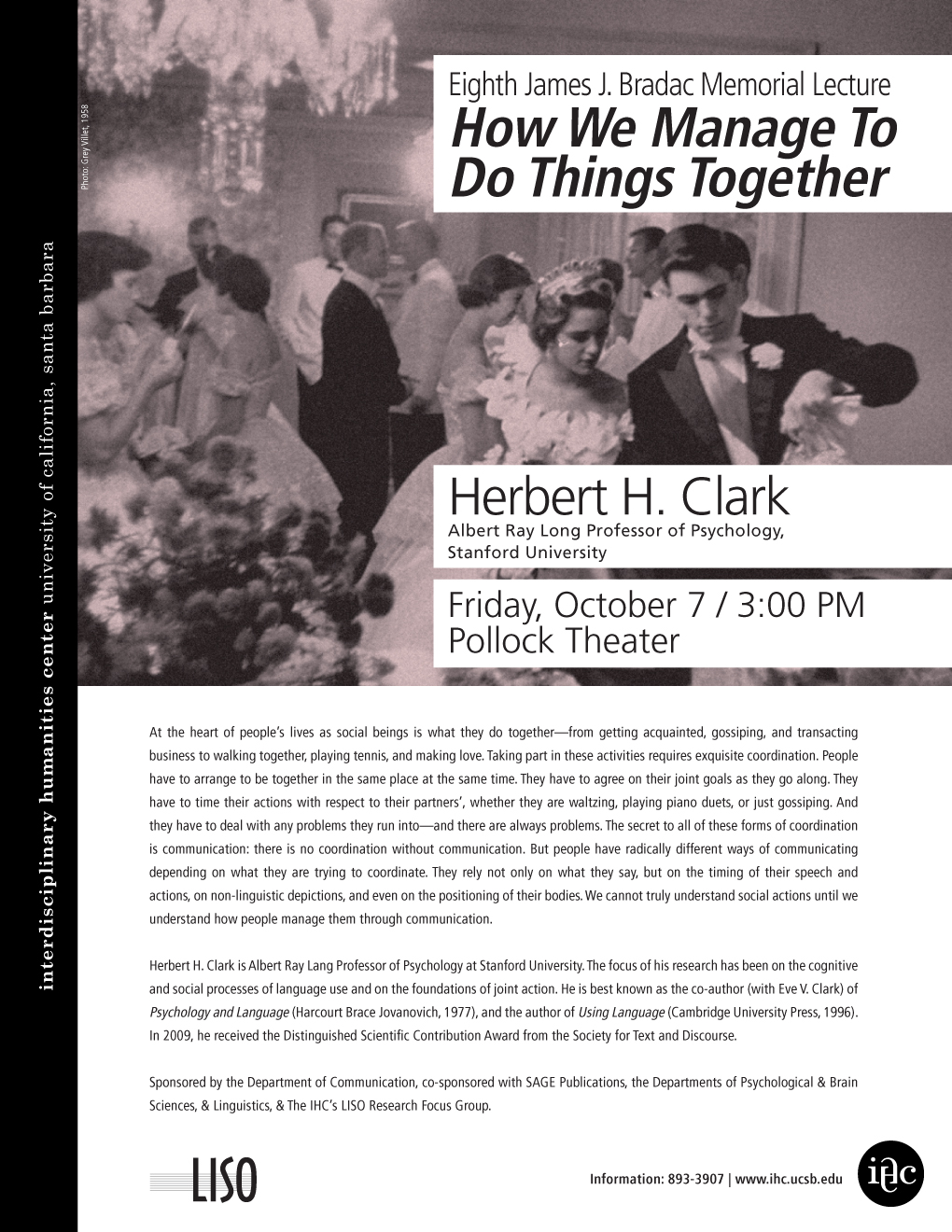 At the heart of people’s lives as social beings is what they do together—from getting acquainted, gossiping, and transacting business to walking together, playing tennis, and making love. Taking part in these activities requires exquisite coordination. People have to arrange to be together in the same place at the same time. They have to agree on their joint goals as they go along. They have to time their actions with respect to their partners’, whether they are waltzing, playing piano duets, or just gossiping. And they have to deal with any problems they run into—and there are always problems. The secret to all of these forms of coordination is communication: there is no coordination without communication. But people have radically different ways of communicating depending on what they are trying to coordinate. They rely not only on what they say, but on the timing of their speech and actions, on non-linguistic depictions, and even on the positioning of their bodies. We cannot truly understand social actions until we understand how people manage them through communication.

Herbert H. Clark is Albert Ray Lang Professor of Psychology at Stanford University. The focus of his research has been on the cognitive and social processes of language use and on the foundations of joint action. He is best known as the co-author (with Eve V. Clark) of Psychology and Language (Harcourt Brace Jovanovich, 1977), and the author of Using Language (Cambridge University Press, 1996). He has published over 100 empirical articles and chapters on language use at all levels. He has been elected Fellow of the American Academy of Arts and Sciences, Society of Experimental Psychologists, and Cognitive Science Society, and Foreign Member of the Royal Dutch Academy of Arts and Sciences. In 2009, he received the Distinguished Scientific Contribution Award from the Society for Text and Discourse.