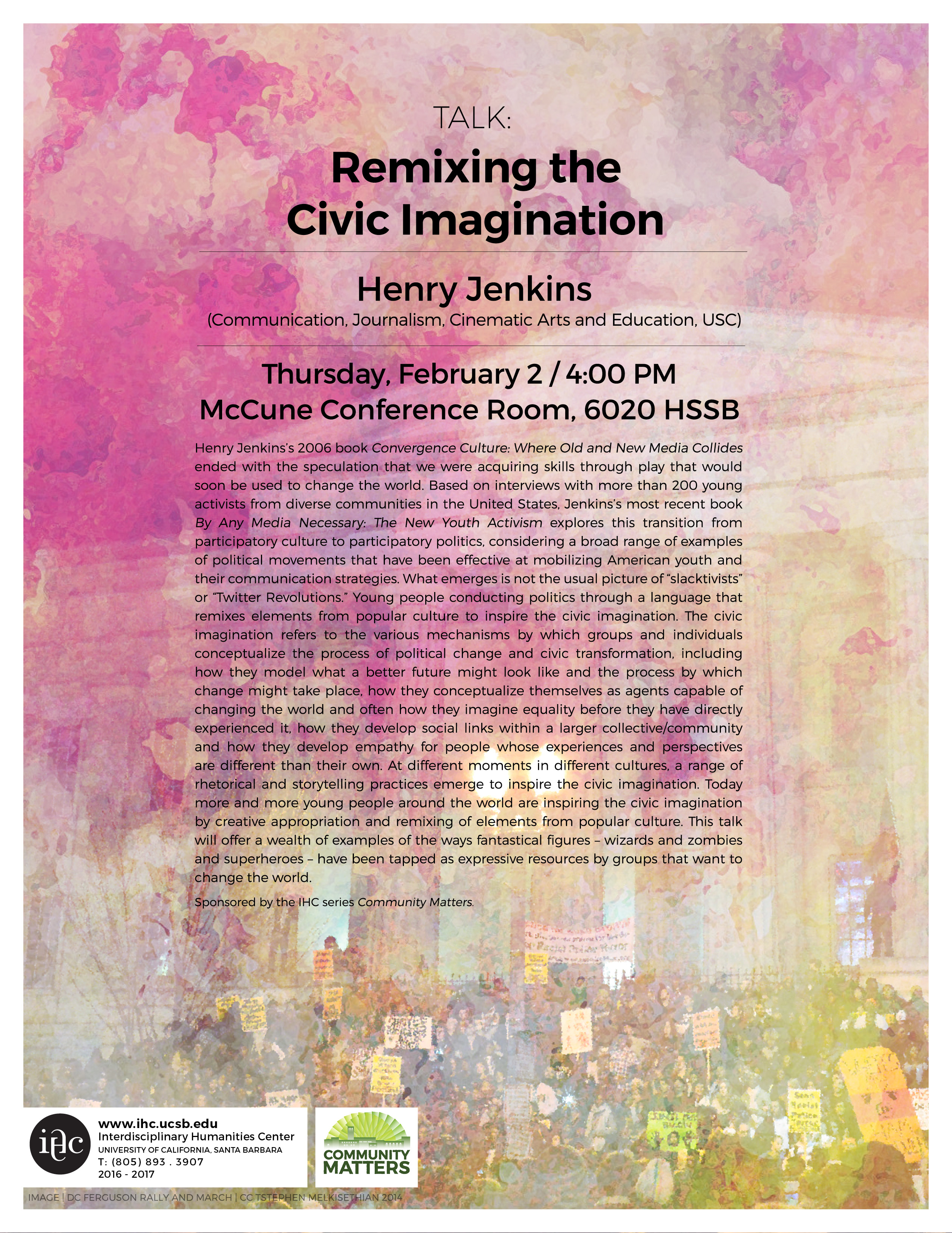 Henry Jenkins’s 2006 book Convergence Culture: Where Old and New Media Collides ended with the speculation that we were acquiring skills through play that would soon be used to change the world. Based on interviews with more than 200 young activists from diverse communities in the United States, Jenkins’s most recent book By Any Media Necessary: The New Youth Activism explores this transition from participatory culture to participatory politics, considering a broad range of examples of political movements that have been effective at mobilizing American youth and their communication strategies. What emerges is not the usual picture of “slacktivists” or “Twitter Revolutions.” Young people conducting politics through a language that remixes elements from popular culture to inspire the civic imagination. The civic imagination refers to the various mechanisms by which groups and individuals conceptualize the process of political change and civic transformation, including how they model what a better future might look like and the process by which change might take place, how they conceptualize themselves as agents capable of changing the world and often how they imagine equality before they have directly experienced it, how they develop social links within a larger collective/community and how they develop empathy for people whose experiences and perspectives are different than their own. At different moments in different cultures, a range of rhetorical and storytelling practices emerge to inspire the civic imagination. Today more and more young people around the world are inspiring the civic imagination by creative appropriation and remixing of elements from popular culture. This talk will offer a wealth of examples of the ways fantastical figures – wizards and zombies and superheroes – have been tapped as expressive resources by groups that want to change the world.

Click here to listen to a recording of Henry Jenkins’ talk for the 2016-17 IHC series: Community Matters.