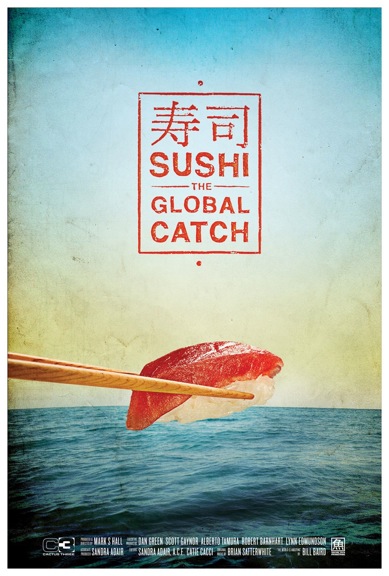 Sushi, a cuisine formerly found only in Japan, has grown exponentially in other nations, and an industry has been created to support it. In a rush to please a hungry public, the expensive delicacy has become common and affordable, appearing in restaurants, supermarkets and even fast food trailers. The traditions requiring seven years of apprenticeship in Japan have given way to quick training and mass-manufactured solutions elsewhere. This hunger for sushi has led to the depletion of apex predators in the ocean, including bluefin tuna, to such a degree that it has the potential to upset the ecological balance of the world’s oceans, leading to a collapse of all fish species. This screening will be followed by a Q&A with director Mark Hall. Ann-Elise Lewallen (East Asian Language & Cultural Studies, UCSB), environmental historian Peter Alagona (History, UCSB) and Mike McGinnis (Environmental Studies, UCSB) will join the discussion.