Posted at 13:03h in Upcoming Events by Admin 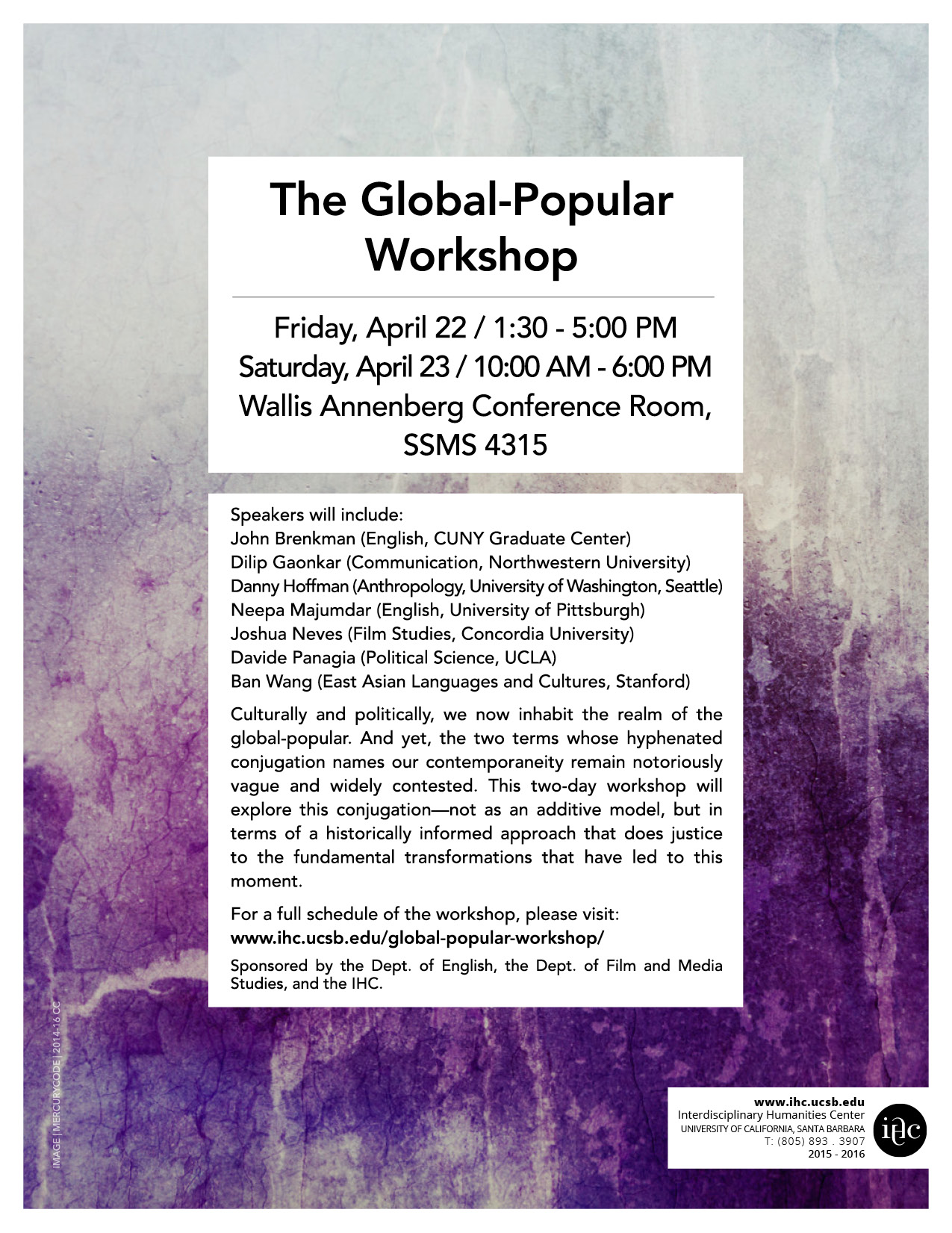 Culturally and politically, we now inhabit the realm of the global-popular. And yet, the two terms whose hyphenated conjugation names our contemporaneity remain notoriously vague and widely contested. This two-day workshop will explore this conjugation—not as an additive model, but in terms of a historically informed approach that does justice to the fundamental transformations that have led to this moment.

John Brenkman (English, CUNY Graduate Center) “The ‘Popular’ and the Ordeal of Universalism”