The 2015 Arthur N. Rupe Great Debate:The Use of Genetically Modified Organisms in Food

20 May The 2015 Arthur N. Rupe Great Debate:The Use of Genetically Modified Organisms in Food

Posted at 14:26h in Upcoming Events, IHC Series, The Anthropocene: Views from the Humanities, The Arthur N. Rupe Great Debate by Admin 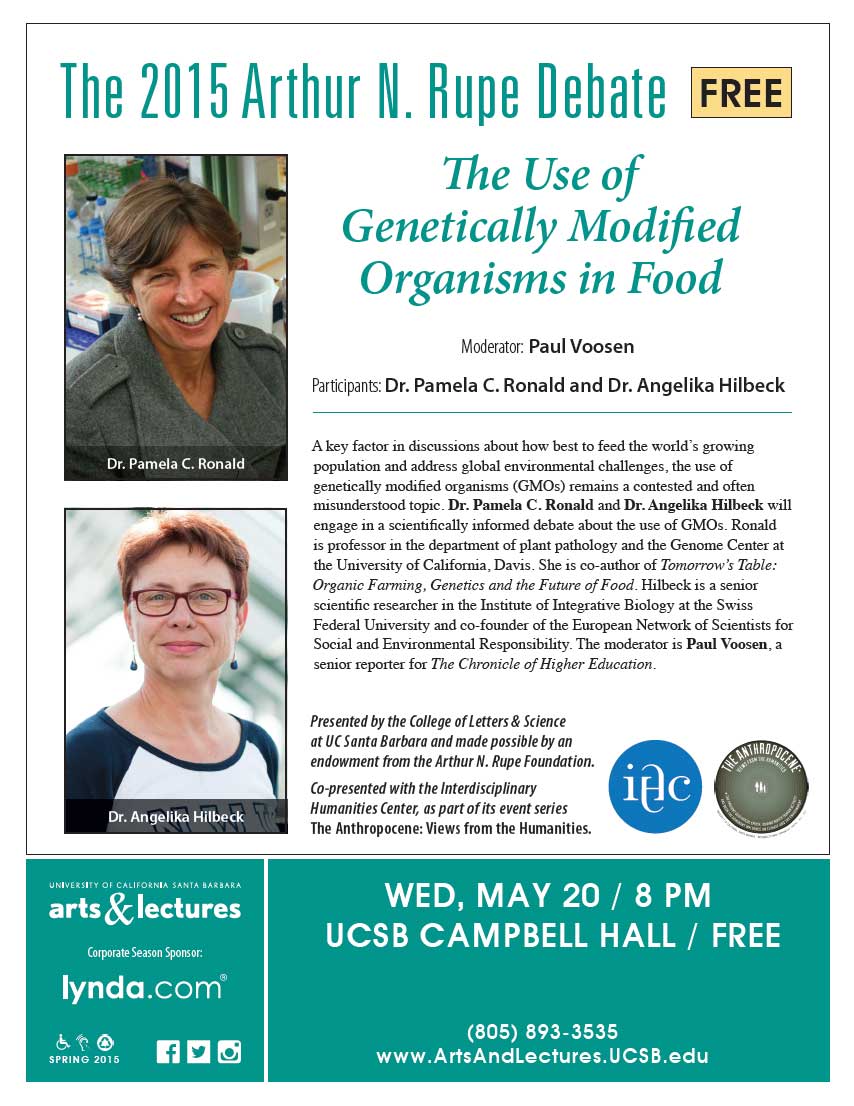 A key factor in discussions about how best to feed the world’s growing population and address global environmental challenges, the use of Genetically Modified Organisms (GMOs) remains a contested and often misunderstood topic.   Pamela C. Ronald and Angelika Hilbeck will engage in a scientifically informed debate about the use of GMOs.   Pamela Ronald is Professor in the Department of Plant Pathology and the Genome Center at the University of California, Davis.  Coauthor of Tomorrow’s Table: Organic Farming, Genetics and the Future of Food, she was recognized in 2011 as one of the 100 most creative people in business by Fast Company Magazine. Dr. Angelika Hilbeck is a senior scientific researcher in the Institute of Integrative Biology at the Swiss Federal University and cofounder of the European Network of Scientists for Social and Environmental Responsibility. The moderator for the debate will be Paul Voosen, a senior reporter for The Chronicle of Higher Education.

Presented by the College of Letters & Science at UC Santa Barbara and made possible by an endowment from the Arthur N. Rupe Foundation. Co-presented by UCSB Arts & Lectures and the Interdisciplinary Humanities Center as part of its event series The Anthropocene: Views from the Humanities.