Fictions of Friction: Narratives of War and “Post-War” in Contemporary Afghan Literature

07 Mar Fictions of Friction: Narratives of War and “Post-War” in Contemporary Afghan Literature

Posted at 13:17h in Upcoming Events, IHC Series, Fallout: In the Aftermath of War by Admin 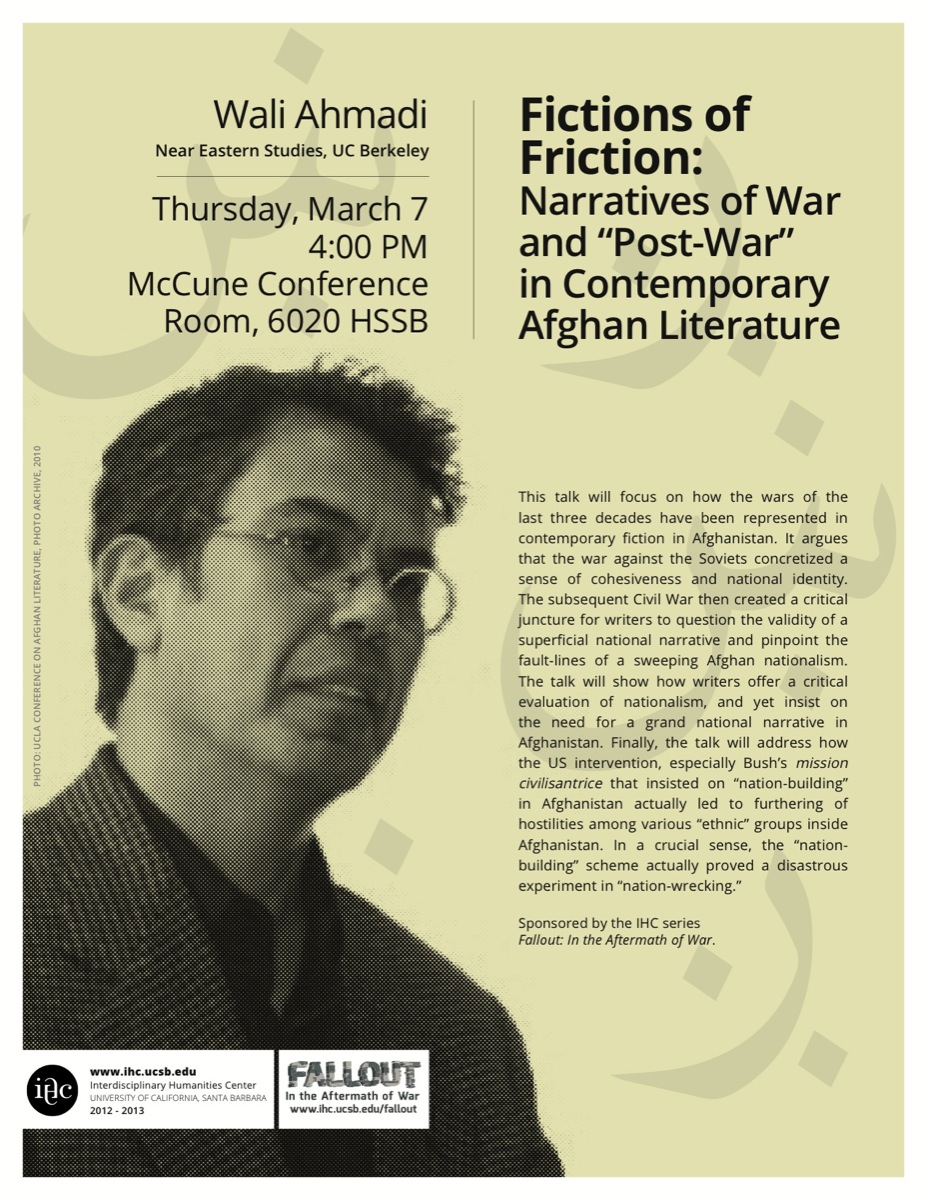 This talk will focus on how the wars of the last three decades have been represented in contemporary fiction in Afghanistan. It argues that the war against the Soviets concretized a sense of cohesiveness and national identity. The subsequent Civil War then created a critical juncture for writers to question the validity of a superficial national narrative and pinpoint the fault-lines of a sweeping Afghan nationalism. The talk will show how writers offer a critical evaluation of nationalism, and yet insist on the need for a grand national narrative in Afghanistan. Finally, the talk will address how the US intervention, especially Bush’s mission civilisantrice that insisted on “nation-building” in Afghanistan actually led to furthering of hostilities among various “ethnic” groups inside Afghanistan. In a crucial sense, the “nation-building” scheme actually proved a disastrous experiment in “nation-wrecking.”