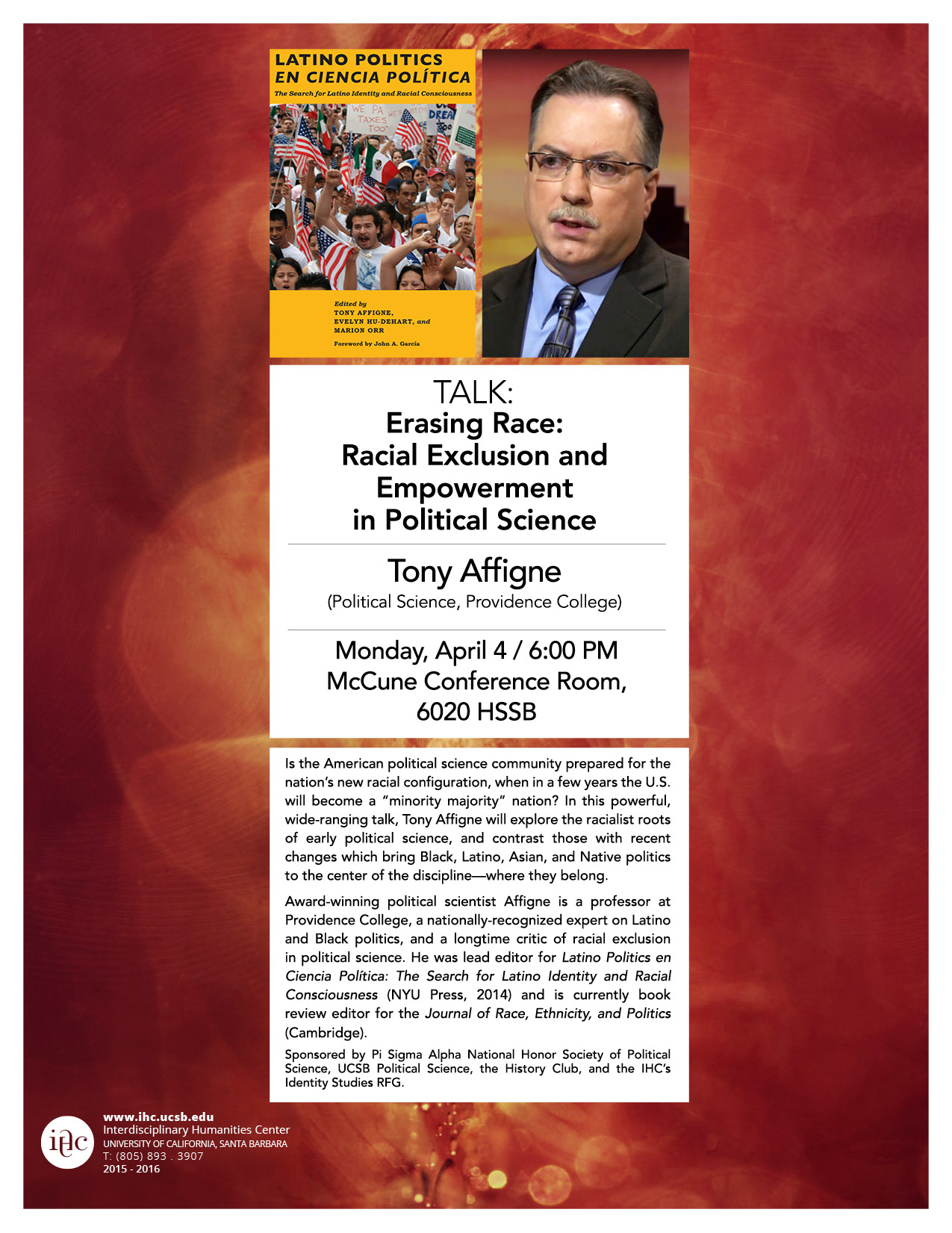 Is the American political science community prepared for the nation’s new racial configuration, when in a few years the U.S. will become a “minority majority” nation? In this powerful, wide-ranging talk, Tony Affigne will explore the racialist roots of early political science, and contrast those with recent changes which bring Black, Latino, Asian, and Native politics to the center of the discipline—where they belong.

Award-winning political scientist Affigne is a professor at Providence College, a nationally-recognized expert on Latino and Black politics, and a longtime critic of racial exclusion in political science. He was lead editor for Latino Politics en Ciencia Política: The Search for Latino Identity and Racial Consciousness (NYU Press, 2014) and is currently book review editor for the Journal of Race, Ethnicity, and Politics (Cambridge).