Drawing the End of our World: Comics, Climate Change and Pizzly Bears

05 Feb Drawing the End of our World: Comics, Climate Change and Pizzly Bears

Posted at 12:38h in Upcoming Events, IHC Series, Archive, Audio / Visual, The Anthropocene: Views from the Humanities by Admin 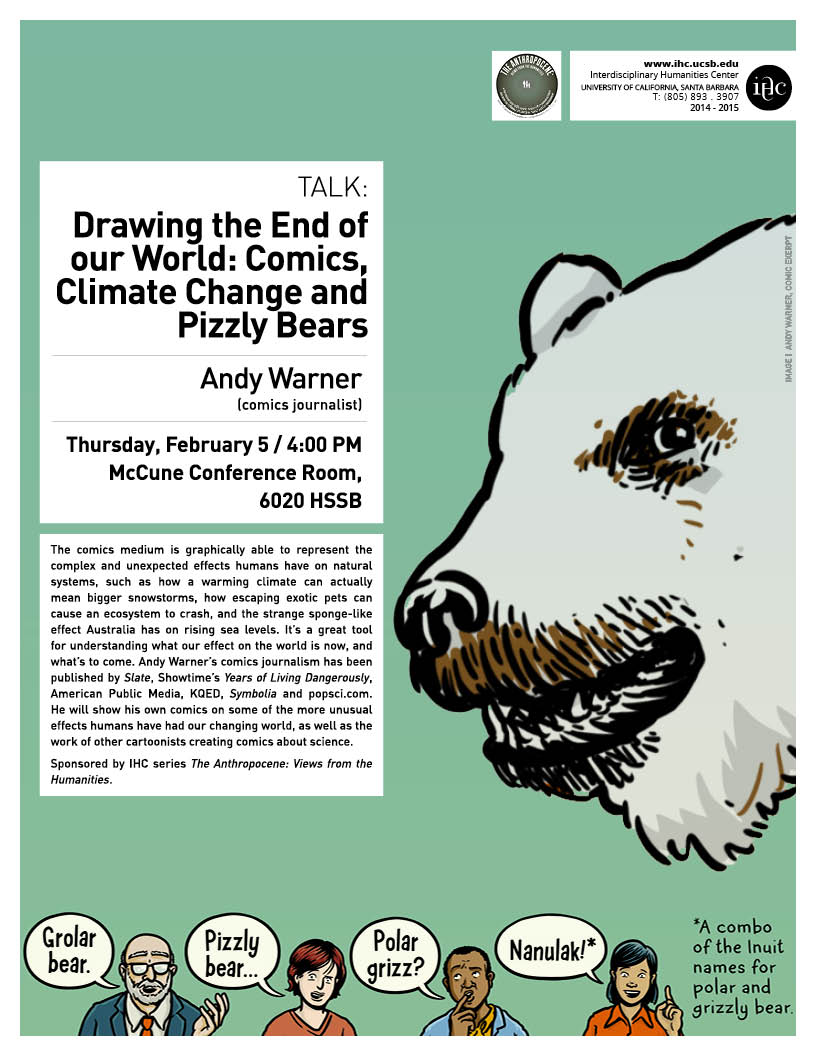 The comics medium is graphically able to represent the complex and unexpected effects humans have on natural systems, such as how a warming climate can actually mean bigger snowstorms, how escaping exotic pets can cause an ecosystem to crash, and the strange sponge-like effect Australia has on rising sea levels. It’s a great tool for understanding what our effect on the world is now, and what’s to come. Andy Warner’s comics journalism has been published by Slate, Showtime’s Years of Living Dangerously, American Public Media, KQED, Symbolia and popsci.com. He will show his own comics on some of the more unusual effects humans have had our changing world, as well as the work of other cartoonists creating comics about science.