Doomed to Succeed: U.S.-Israeli Relations During a Time of Change

Home > Endowments  > Doomed to Succeed: U.S.-Israeli Relations During a Time of Change

20 Nov Doomed to Succeed: U.S.-Israeli Relations During a Time of Change 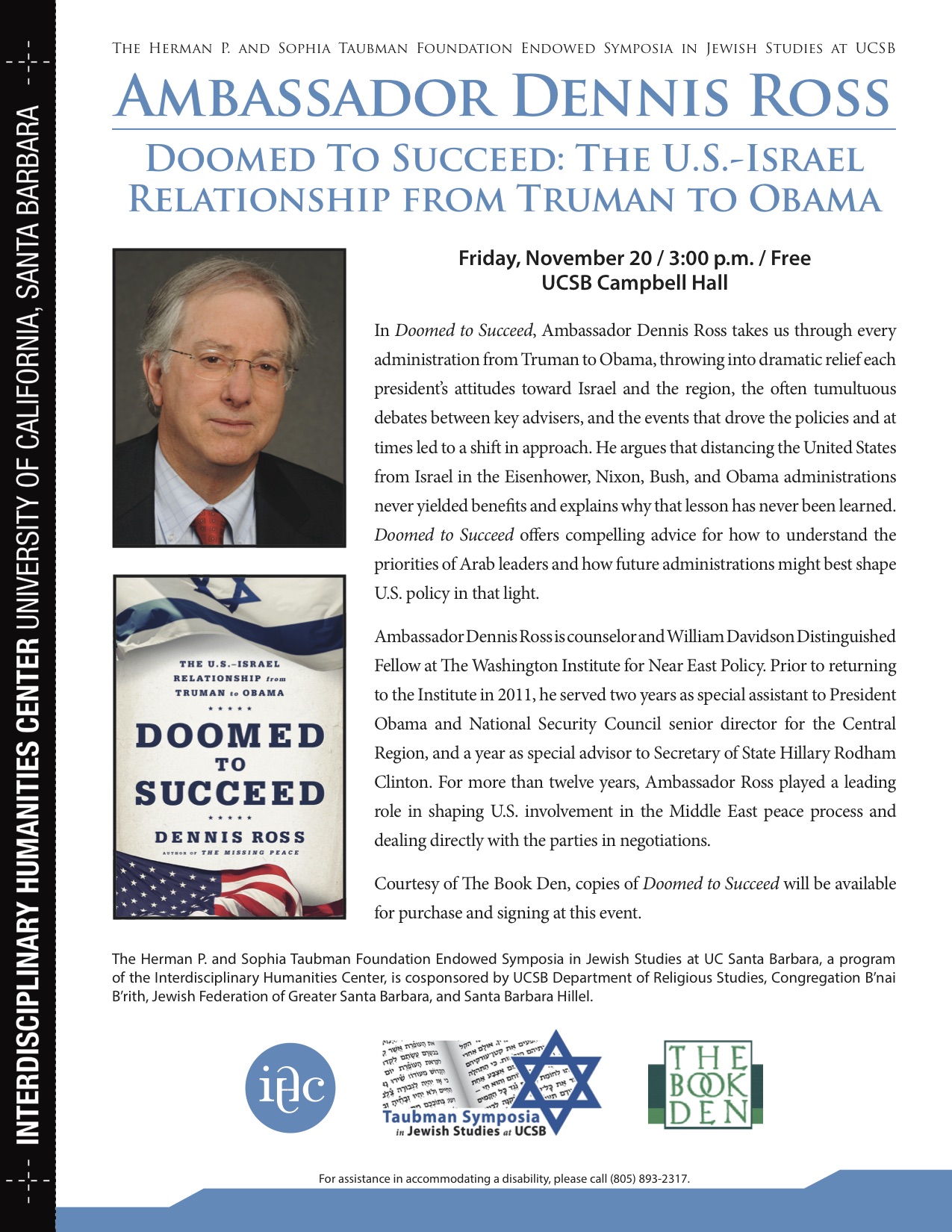 Ambassador Dennis Ross will discuss and sign copies of his just-released book, Doomed to Succeed: The U.S.-Israel Relationship from Truman to Obama, at 3:00 p.m., Friday, November 20 at UCSB (Location To Be Announced). Former special assistant to President Obama, National Security Council senior director for the Central Region, special advisor to Secretary of State Hillary Rodham Clinton, for more than twelve years, Ambassador Ross played a leading role in shaping U.S. involvement in the Middle East peace process and dealing directly with the parties in negotiations. A highly skilled diplomat, he was U.S. point man on the peace process in both the George H. W. Bush and Bill Clinton administrations. He was instrumental in assisting Israelis and Palestinians to reach the 1995 Interim Agreement; he also successfully brokered the 1997 Hebron Accord, facilitated the 1994 Israel-Jordan peace treaty, and intensively worked to bring Israel and Syria together.