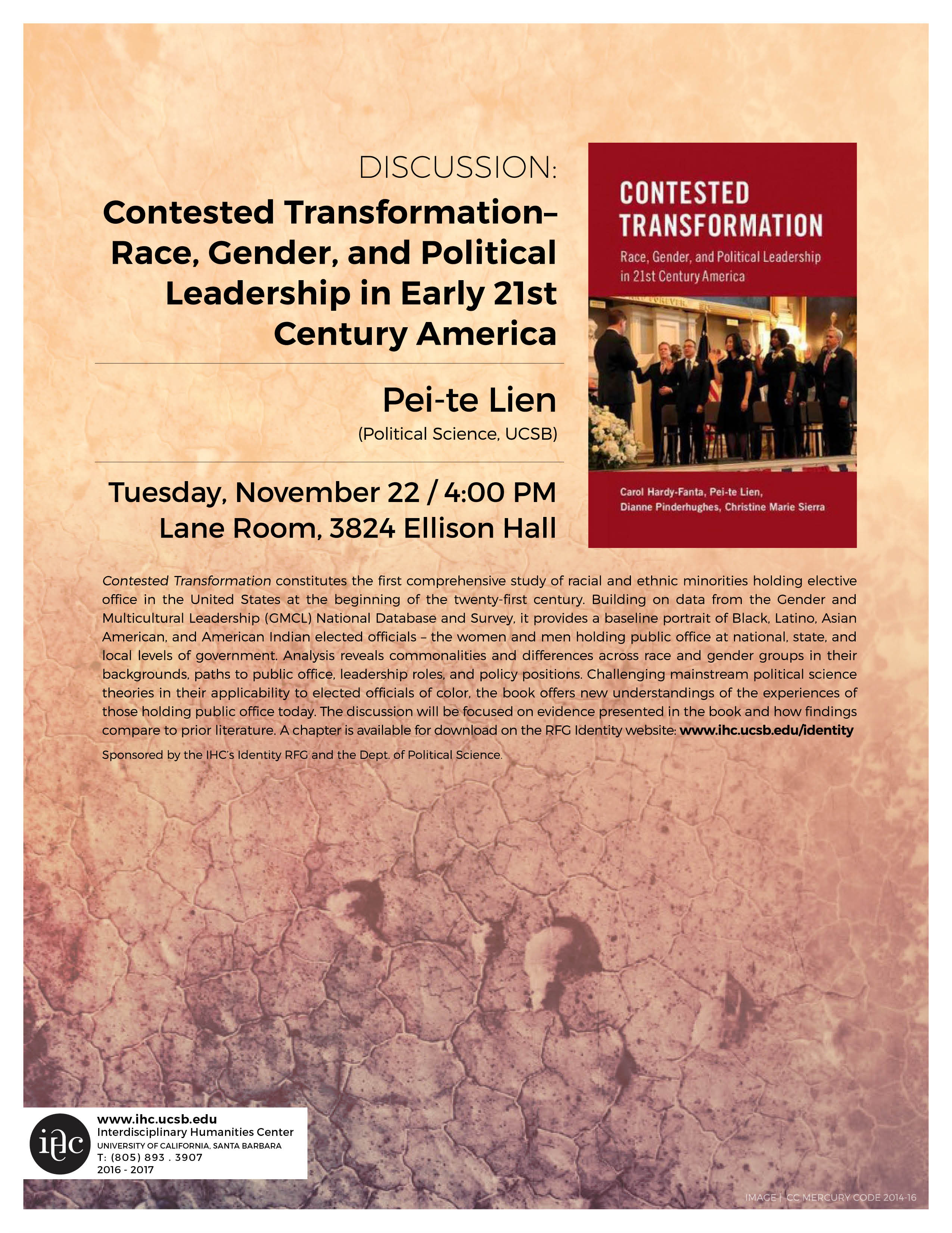 Contested Transformation constitutes the first comprehensive study of racial and ethnic minorities holding elective office in the United States at the beginning of the twenty-first century. Building on data from the Gender and Multicultural Leadership (GMCL) National Database and Survey, it provides a baseline portrait of Black, Latino, Asian American, and American Indian elected officials – the women and men holding public office at national, state, and local levels of government. Analysis reveals commonalities and differences across race and gender groups in their backgrounds, paths to public office, leadership roles, and policy positions. Challenging mainstream political science theories in their applicability to elected officials of color, the book offers new understandings of the experiences of those holding public office today. The discussion will be focused on evidence presented in the book and how findings compare to prior literature. An introductory chapter will be provided and another chapter highlighting empirical findings will be the focus of our discussion.

Sponsored by the IHC’s Identity RFG and the Dept. of Political Science.