Posted at 10:35h in Upcoming Events, IHC Series, The Anthropocene: Views from the Humanities by Admin 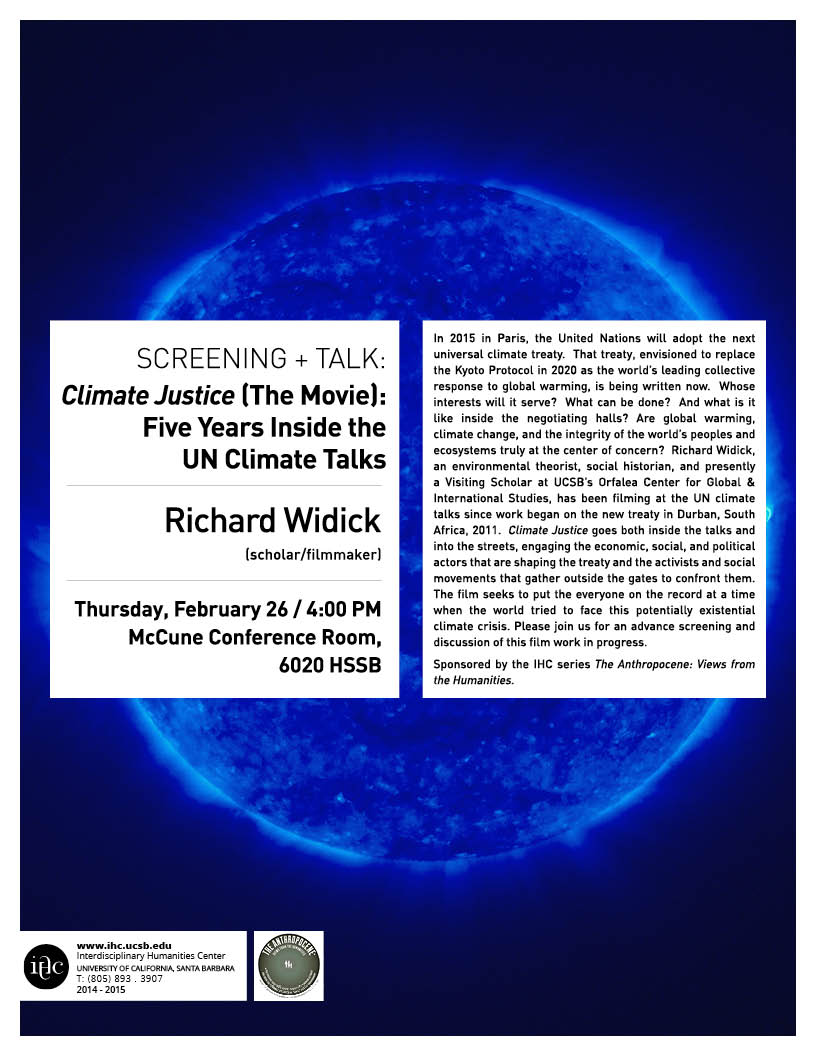 In 2015 in Paris, the United Nations will adopt the next universal climate treaty.  That treaty, envisioned to replace the Kyoto Protocol in 2020 as the world’s leading collective response to global warming, is being written now.  Whose interests will it serve?  What can be done?  And what is it like inside the negotiating halls?  Are global warming, climate change, and the integrity of the world’s peoples and ecosystems truly at the center of concern?  Richard Widick, an environmental theorist, social historian, and presently a Visiting Scholar at UCSB’s Orfalea Center for Global & International Studies, has been filming at the UN climate talks since work began on the new treaty in Durban, South Africa, 2011.  Climate Justice goes both inside the talks and into the streets, engaging the economic, social, and political actors that are shaping the treaty and the activists and social movements that gather outside the gates to confront them.  The film has two release date targets.  The first release will be on social media in March, 2015, intending to join the groundswell of media attention and help shape the struggle over the treaty; filming will then continue up through the Paris conference, after which a final cut will be produced intending to document the entire process.  The film seeks to put the major players on the record about their roles as when the world tried to face this potentially existential climate crisis.  Please join us for an advance screening and discussion of this film work in progress.