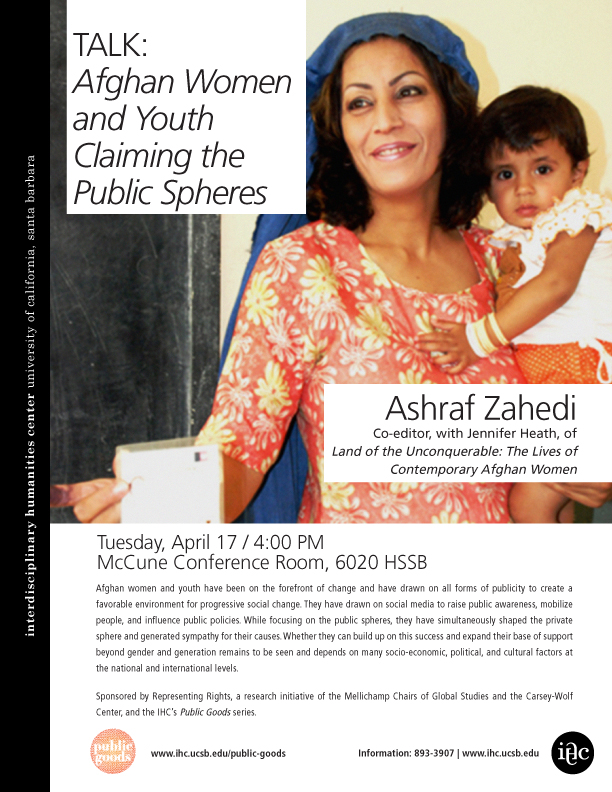 Afghan women and youth have been on the forefront of change and have drawn on all forms of publicity to create a favorable environment for progressive social change. They have drawn on social media to raise public awareness, mobilize people, and influence public policies. While focusing on the public spheres, they have simultaneously shaped the private sphere and generated sympathy for their causes. Whether they can build up on this success and expand their base of support beyond gender and generation remains to be seen and depends on many socio-economic, political, and cultural factors at the national and international levels.

Sponsored by Representing Rights, a research initiative of the Mellichamp Chairs of Global Studies and the Carsey-Wolf Center, and the IHC’s Public Goods series.