Posted at 13:24h in IHC Research Focus Groups by Admin 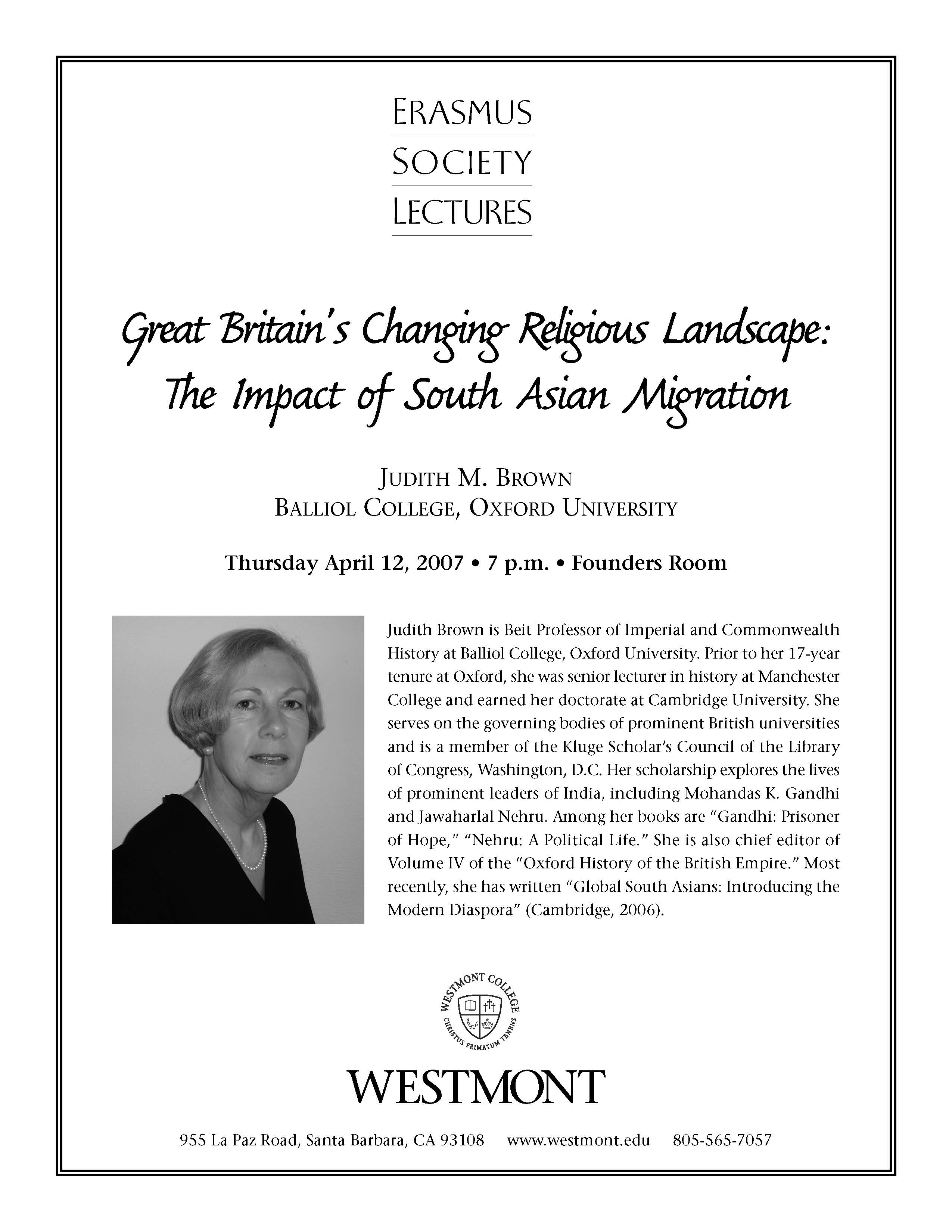 The lecture explored the impact of South Asian immigrants, including Muslims, Sikhs, and Muslims, in transforming the religious landscape of Britain during the last sixty years since the end of World War II.

Judith M. Brown is Beit Professor of Imperial and Commonwealth History at Balliol College, Oxford. Her scholarship focuses on nineteenth- and twentieth-century South Asian history and politics and explores the modern South Asian diaspora as well as the lives of prominent leaders of contemporary India. Her publications include Global South Asians: Introducing the Modern Diaspora; Modern India: The Origins of an Asian Democracy; Gandhi: Prisoner of Hope; and Nehru: A Political Life. She is also chief editor of The Oxford History of the British Empire, Volume 4: The Twentieth Century.