20 May Borderland Processes Along the Han Northern Frontier, 130 BCE-2 CE 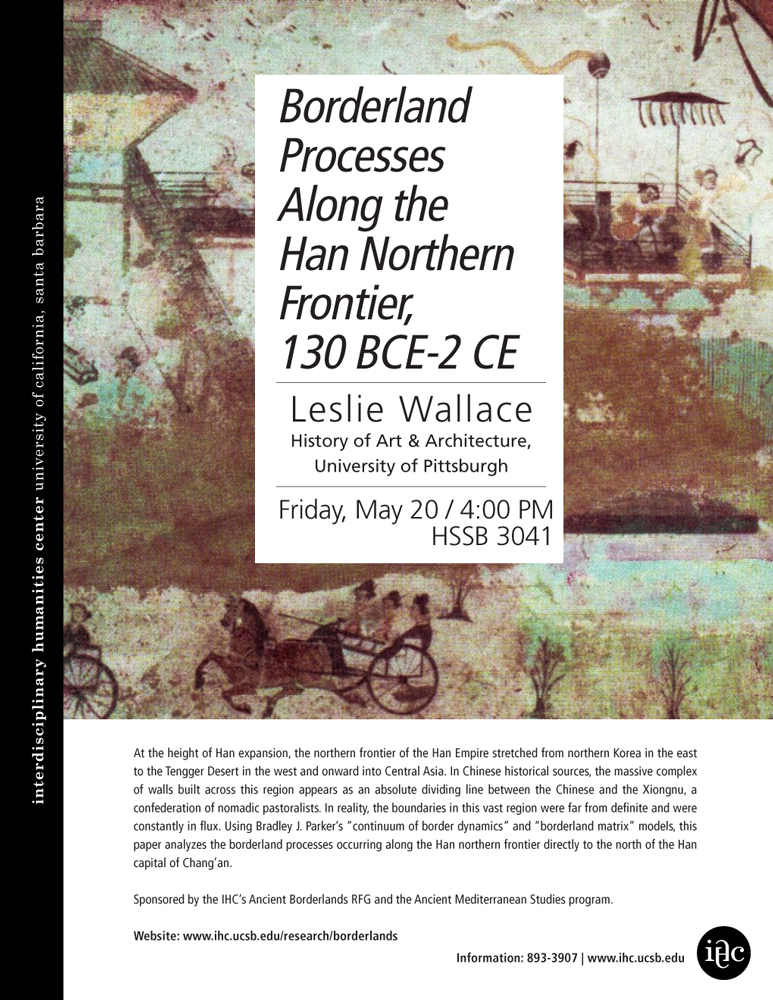 At the height of Han expansion, the northern frontier of the Han Empire stretched from northern Korea in the east to the Tengger Desert in the west and onward into Central Asia. In Chinese historical sources, the massive complex of walls built across this region appears as an absolute dividing line between the Chinese and the Xiongnu, a confederation of nomadic pastoralists. In reality, the boundaries in this vast region were far from definite and were constantly in flux. Using Bradley J. Parker’s “continuum of border dynamics” and “borderland matrix” models, this paper analyzes the borderland processes occurring along the Han northern frontier directly to the north of the Han capital of Chang’an.

Sponsored by the IHC’s Ancient Borderlands RFG and the Ancient Mediterranean Studies program.