Bodies on Display: Religious Processions in the South Asian Diaspora

Posted at 10:50h in IHC Research Focus Groups by Admin 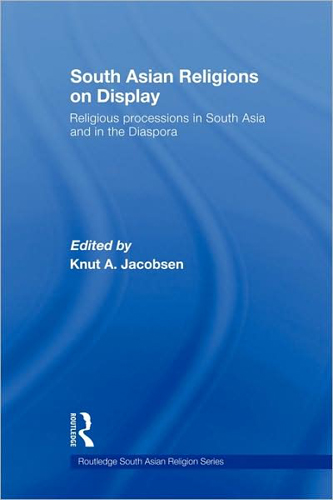 This lecture explored the public display of religious bodies in various types of processions in the contemporary South Asian diaspora, with a particular focus on religious processions by South Asian communities in Norway. Jacobsen surveyed a variety of corporeal modes of display and performance in which the bodies of the participants are marked, adorned, and garbed to signal the distinctive religiocultural identities of their respective groups, ranging from the pierced, scantily clad bodies of possessed dancers in the processions of Tamil Hindus from Sri Lanka to the turbaned, uniformed bodies of martial arts performers in the processions of Sikhs from the Punjab.

Knut A. Jacobsen is Professor of the History of Religions at the University of Bergen, Norway. His research explores a range of issues in Hindu and Sikh traditions in South Asia and the South Asian diaspora, including Samkhya and Yoga traditions, religious pluralism, processions and the public display of religion, and sacred space and pilgrimage traditions. His most recent publications include Kapila: Founder of Samkhya and Avatara of Vishnu; a book on Sikh traditions published in Norwegian; and three edited volumes, South Asian Religions on Display: Religious Processions in South Asia and in the Diaspora; Theory and Practice of Yoga: Essays in Honour of Gerald James Larson; and South Asian Christian Diaspora: Invisible Diaspora in Europe and North America (forthcoming). He is the editor-in-chief of the forthcoming Brill’s Encyclopedia of Hinduism.