Posted at 12:06h in Upcoming Events by Admin 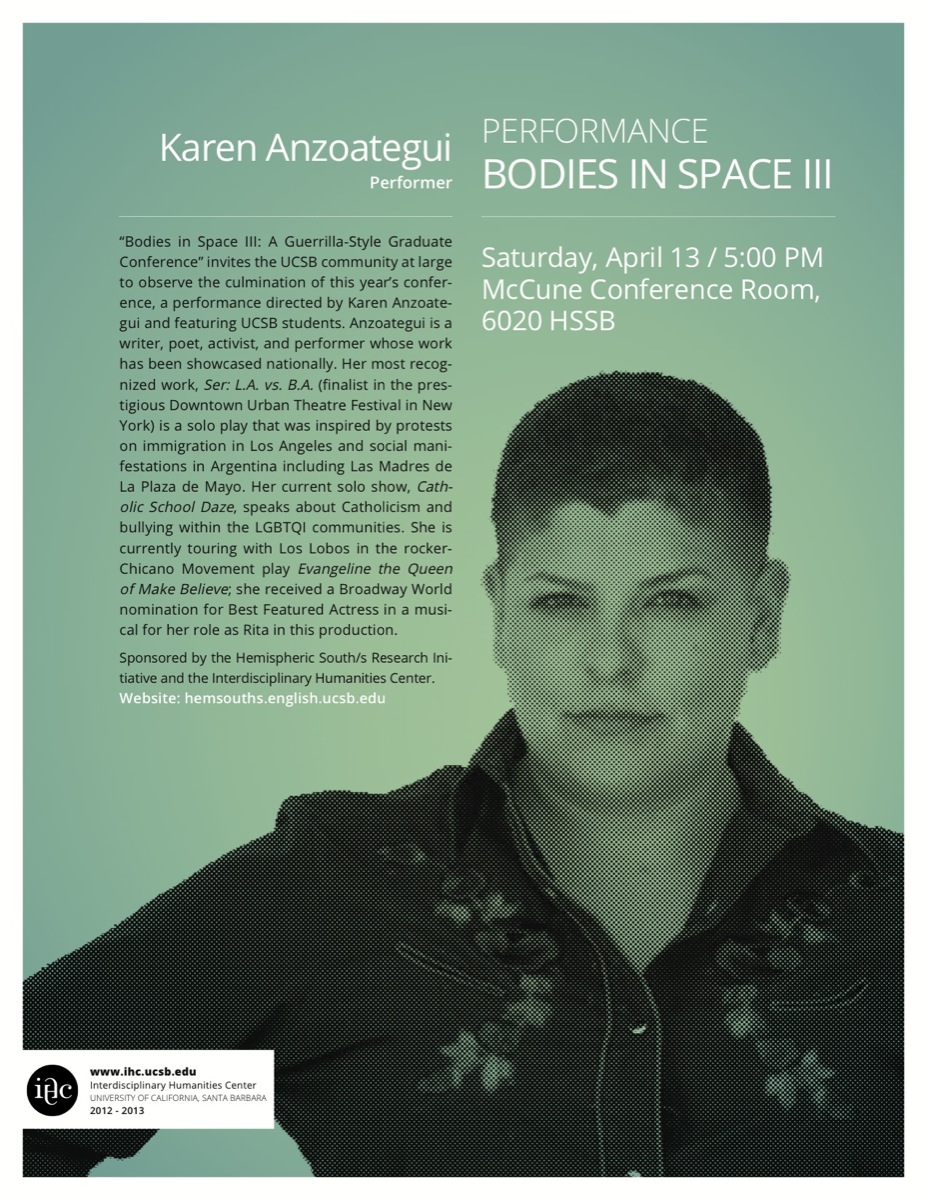 “Bodies in Space III: A Guerrilla-Style Graduate Conference” invites the UCSB community at large to observe the culmination of this year’s conference, a performance directed  by Karen Anzoategui and featuring UCSB students. Anzoategui is a writer, poet, activist, and performer whose work has been showcased nationally. Her most recognized work, Ser: L.A. vs. B.A. (finalist in the prestigious Downtown Urban Theatre Festival in New York) is a solo play that was inspired by protests on immigration in Los Angeles and social manifestations in Argentina including Las Madres de La Plaza de Mayo. Her current solo show, Catholic School Daze, speaks about Catholicism and bullying within the LGBTQI communities. She is currently touring with Los Lobos in the rocker-Chicano Movement play Evangeline the Queen of Make Believe, she received a Broadway World nomination for Best Featured Actress in a musical for her role as Rita for this production.