Blank Spots and a Black Hole: Producing and Puncturing Secrecy in Space and Place

Home > Series  > Blank Spots and a Black Hole: Producing and Puncturing Secrecy in Space and Place

14 Apr Blank Spots and a Black Hole: Producing and Puncturing Secrecy in Space and Place 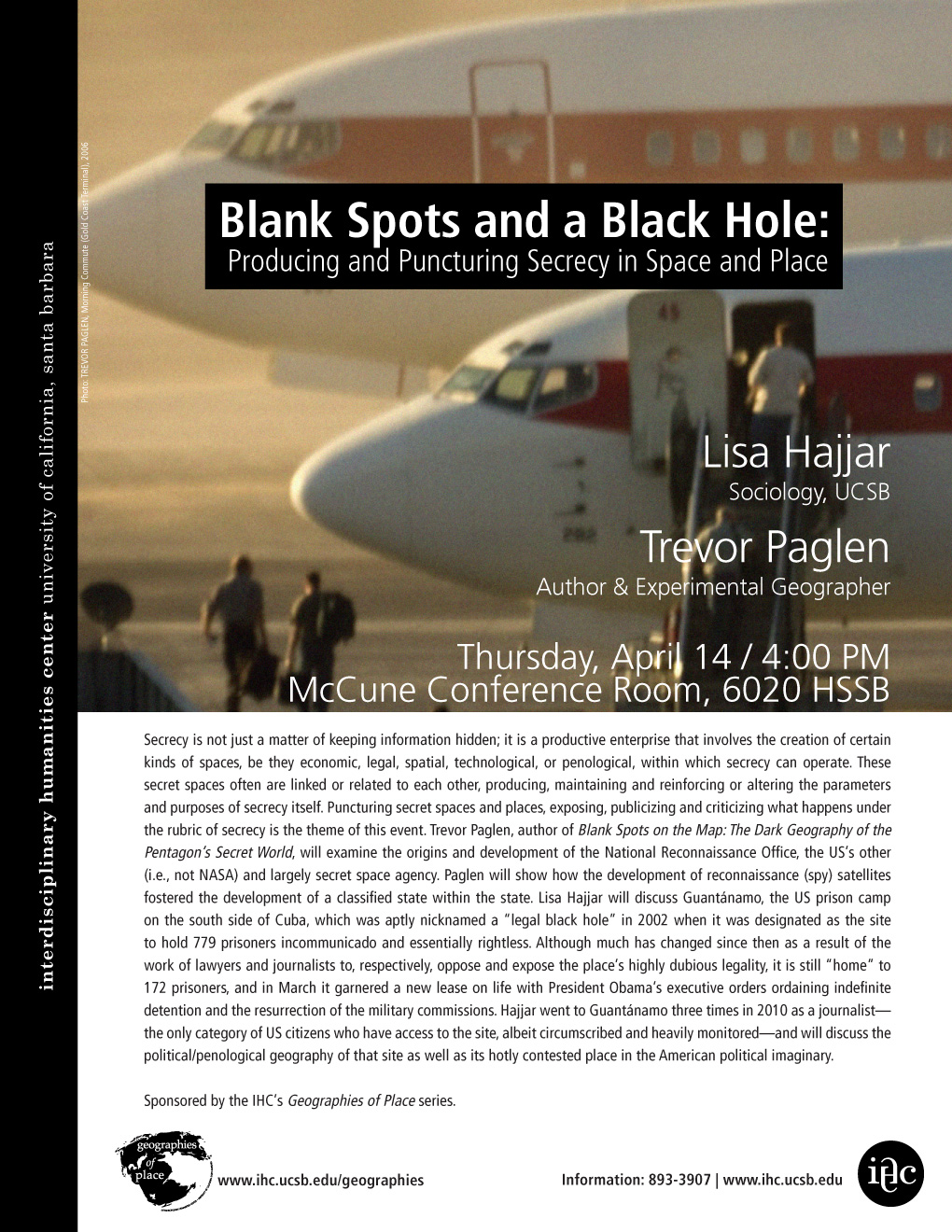 Secrecy is not just a matter of keeping information hidden; it is a productive enterprise that involves the creation of certain kinds of spaces, be they economic, legal, spatial, technological, or penological, within which secrecy can operate. These secret spaces often are linked or related to each other, producing, maintaining and reinforcing or altering the parameters and purposes of secrecy itself. Puncturing secret spaces and places, exposing, publicizing and criticizing what happens under the rubric of secrecy is the theme of this event. Trevor Paglen, author of Blank Spots on the Map: The Dark Geography of the Pentagon’s Secret World, will examine the origins and development of the National Reconnaissance Office, the US’s other (i.e., not NASA) and largely secret space agency. Paglen will show how the development of reconnaissance (spy) satellites fostered the development of a classified state within the state. Lisa Hajjar will discuss Guantánamo, the US prison camp on the south side of Cuba, which was aptly nicknamed a “legal black hole” in 2002 when it was designated as the site to hold (779) prisoners incommunicado and essentially rightless. Although much has changed since then as a result of the work of lawyers and journalists to, respectively, oppose and expose the place’s highly dubious legality, it is still “home” to 172 prisoners, and in March it garnered a new lease on life with President Obama’s executive orders ordaining indefinite detention and the resurrection of the military commissions. Hajjar went to Guantánamo three times in 2010 as a journalist—the only category of US citizens who have access, albeit circumscribed and heavily monitored—and will discuss the political/penological geography of that site as well as its hotly contested place in the American political imaginary.