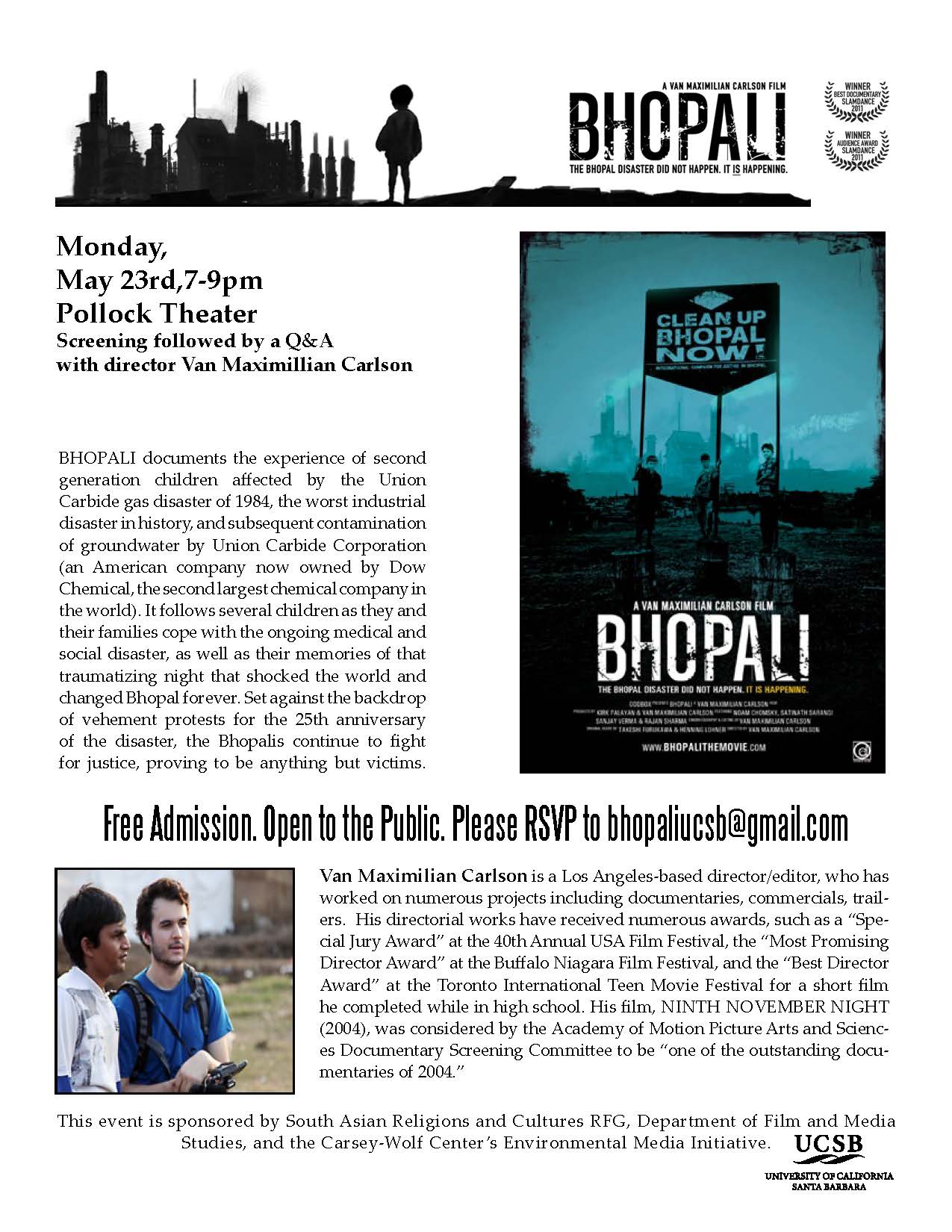 Bhopali (2011) documents the experience of second-generation children in Bhopal, India, who have been affected by the Union Carbide gas disaster of 1984, the worst industrial disaster in history, and subsequent contamination of groundwater by Union Carbide Corporation (an American company now owned by Dow Chemical, the second largest chemical company in the world). The film follows several children as they and their families cope with the ongoing medical and social disaster, as well as their memories of that traumatizing night that shocked the world and changed Bhopal forever. Set against the backdrop of vehement protests associated with the twenty-fifth anniversary of the disaster, the Bhopalis continue to fight for justice, proving to be anything but victims.

Van Maximilian Carlson is a Los Angeles-based director and editor whose numerous projects include documentaries, commercials, and trailers. His directorial works have received many awards, including a Special Jury Award at the 40th Annual USA Film Festival, the Most Promising Director Award at the Buffalo Niagara Film Festival, and the Best Director Award at the Toronto International Teen Movie Festival for a short film he completed while in high school. His film Ninth November Night (2004) was considered by the Academy of Motion Picture Arts and Sciences Documentary Screening Committee to be “one of the outstanding documentaries of 2004.”