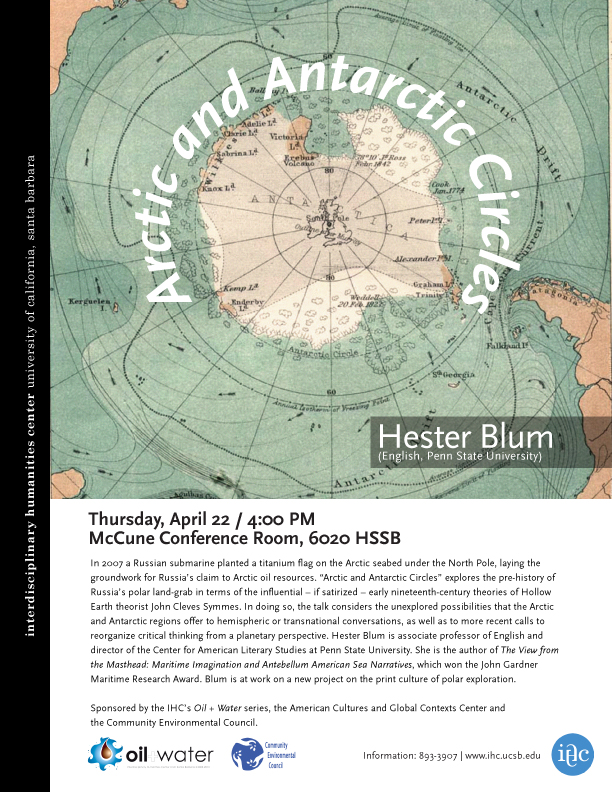 In 2007 a Russian submarine planted a titanium flag on the Arctic seabed under the North Pole, laying the groundwork for Russia’s claim to Arctic oil resources.  “Arctic and Antarctic Circles” explores the pre-history of Russia’s polar land-grab in terms of the influential – if satirized – early nineteenth-century theories of Hollow Earth theorist John Cleves Symmes. In doing so, the talk considers the unexplored possibilities that the Arctic and Antarctic regions offer to hemispheric or transnational conversations, as well as to more recent calls to reorganize critical thinking from a planetary perspective.  Hester Blum is associate professor of English and director of the Center for American Literary Studies at Penn State University. She is the author of The View from the Masthead: Maritime Imagination and Antebellum American Sea Narratives, which won the John Gardner Maritime Research Award. Blum is at work on a new project on the print culture of polar exploration.

Sponsored by the IHC’s Oil + Water series, the ACGCC and the Community Environmental Council.