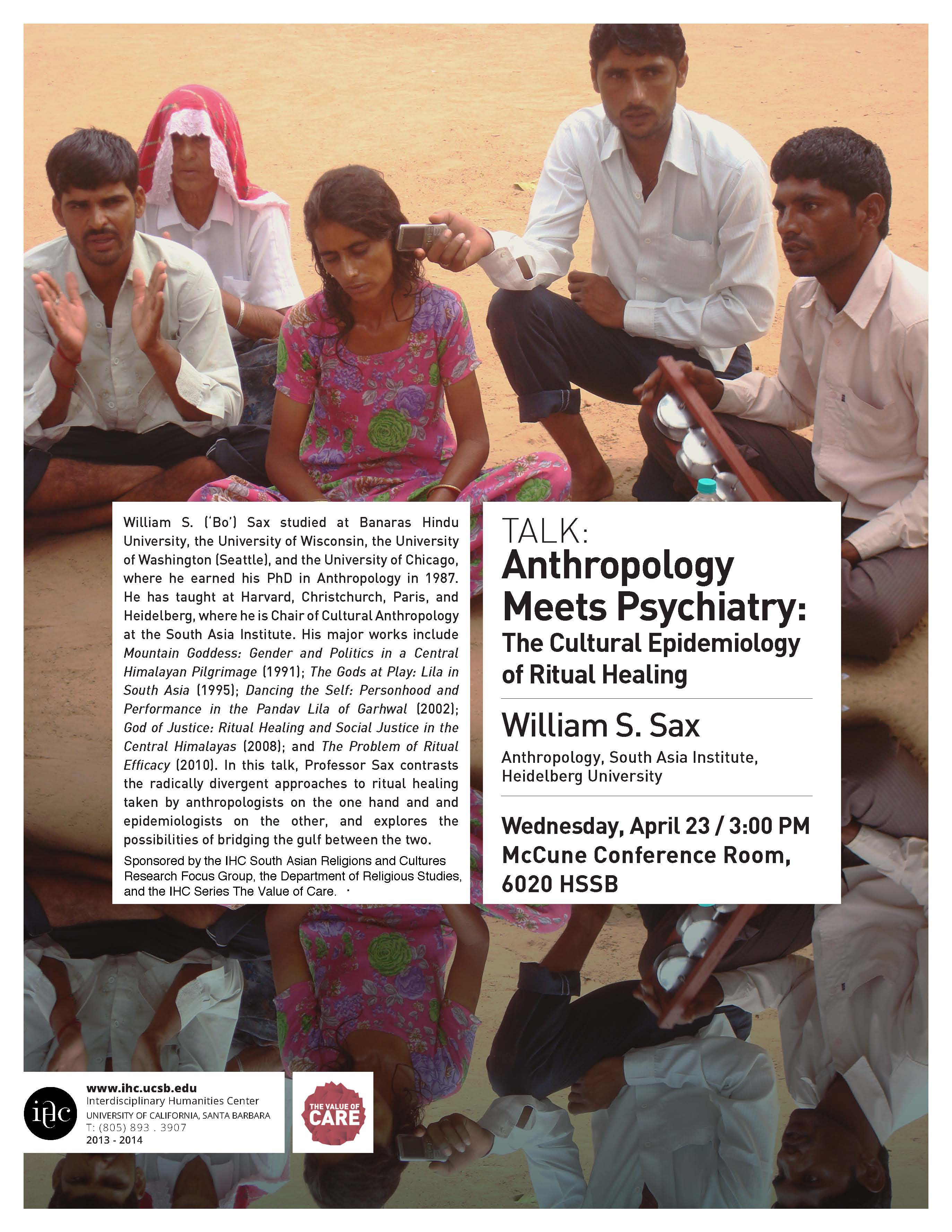 William S. (‘Bo’) Sax studied at Banaras Hindu University, the University of Wisconsin, the University of Washington (Seattle), and the University of Chicago, where he earned his PhD in Anthropology in 1987. He has taught at Harvard, Christchurch, Paris, and Heidelberg, where he is Chair of Cultural Anthropology at the South Asia Institute. His major works include Mountain Goddess: Gender and Politics in a Central Himalayan Pilgrimage (1991); The Gods at Play: Lila in South Asia (1995); Dancing the Self: Personhood and Performance in the Pandav Lila of Garhwal (2002); God of Justice: Ritual Healing and Social Justice in the Central Himalayas (2008); and The Problem of Ritual Efficacy (2010). In this talk, Professor Sax contrasts the radically divergent approaches to ritual healing taken by anthropologists on the one hand and and epidemiologists on the other, and explores the possibilities of bridging the gulf between the two.