Celebrating an Embodied Feminine: Lālan Fakir and the Bāuls of Bengal

03 Mar Celebrating an Embodied Feminine: Lālan Fakir and the Bāuls of Bengal 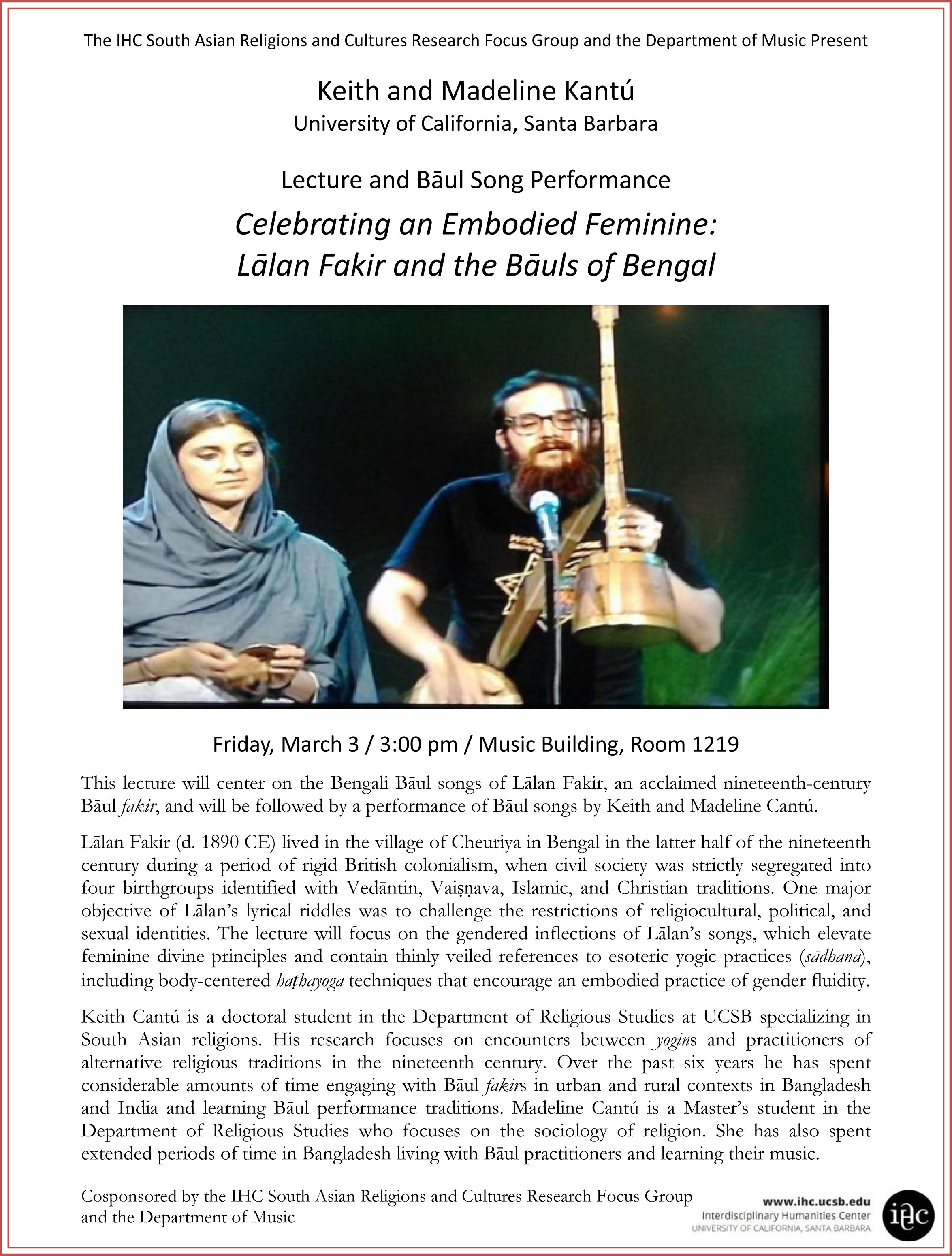 This lecture will center on the Bengali Bāul songs of Lālan Fakir, an acclaimed nineteenth-century Bāul fakir, and will be followed by a performance of Bāul songs by Keith and Madeline Cantú.

Lālan Fakir (d. 1890 CE) lived in the village of Cheuriya in Bengal in the latter half of the nineteenth century during a period of rigid British colonialism, when civil society was strictly segregated into four birthgroups identified with Vedāntin, Vaiṣṇava, Islamic, and Christian traditions. One major objective of Lālan’s lyrical riddles was to challenge the restrictions of religiocultural, political, and sexual identities. The lecture will focus on the gendered inflections of Lālan’s songs, which elevate feminine divine principles and contain thinly veiled references to esoteric yogic practices (sādhana), including body-centered haṭhayoga techniques that encourage an embodied practice of gender fluidity.

Keith Cantú is a doctoral student in the Department of Religious Studies at UCSB specializing in South Asian religions. His research focuses on encounters between yogins and practitioners of alternative religious traditions in the nineteenth century. Over the past six years he has spent considerable amounts of time engaging with Bāul fakirs in urban and rural contexts in Bangladesh and India and learning Bāul performance traditions.

Madeline Cantú is a Master’s student in the Department of Religious Studies who focuses on the sociology of religion. She has also spent extended periods of time in Bangladesh living with Bāul practitioners and learning their music.