Lost in Santa Barbara: An American Family and the Birth of Reality TV

Home > Series  > Lost in Santa Barbara: An American Family and the Birth of Reality TV

12 Apr Lost in Santa Barbara: An American Family and the Birth of Reality TV 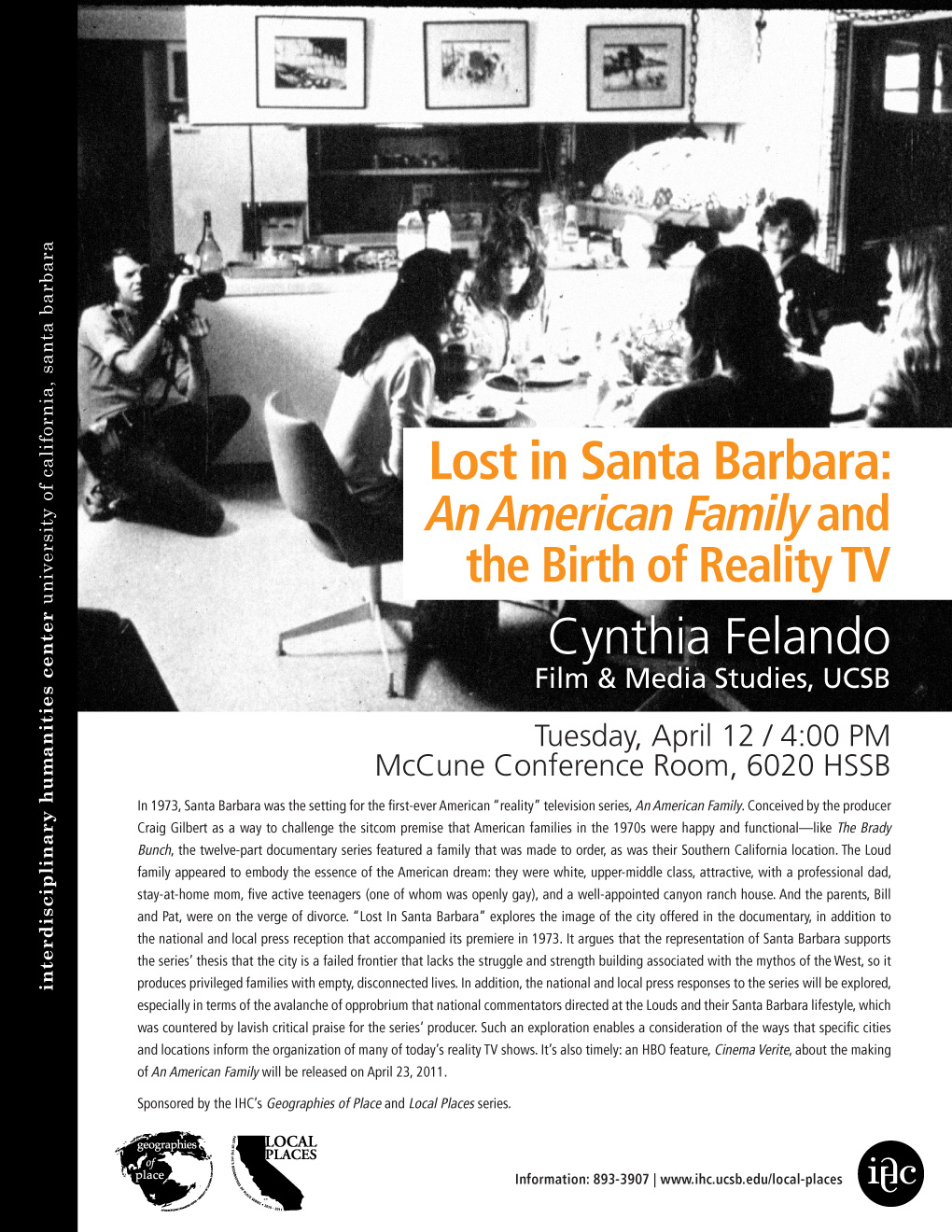 In 1973, Santa Barbara was the setting for the first-ever American “reality” television series, An American Family. Conceived by the producer Craig Gilbert as a way to challenge the sitcom premise that American families in the 1970s were happy and functional—like The Brady Bunch, the twelve-part documentary series featured a family that was made to order, as was their Southern California location. The Loud family appeared to embody the essence of the American dream: they were white, upper-middle class, attractive, with a professional dad, stay-at-home mom, five active teenagers (one of whom was openly gay), and a well-appointed canyon ranch house. And the parents, Bill and Pat, were on the verge of divorce. “Lost In Santa Barbara” explores the image of the city offered in the documentary, in addition to the national and local press reception that accompanied its premiere in 1973. It argues that the representation of Santa Barbara supports the series’ thesis that the city is a failed frontier that lacks the struggle and strength building associated with the mythos of the West, so it produces privileged families with empty, disconnected lives. In addition, the national and local press responses to the series will be explored, especially in terms of the avalanche of opprobrium that national commentators directed at the Louds and their Santa Barbara lifestyle, which was countered by lavish critical praise for the series’ producer. Such an exploration enables a consideration of the ways that specific cities and locations inform the organization of many of today’s reality TV shows. It’s also timely: an HBO feature, Cinema Verite, about the making of An American Family will be released on April 23, 2011.