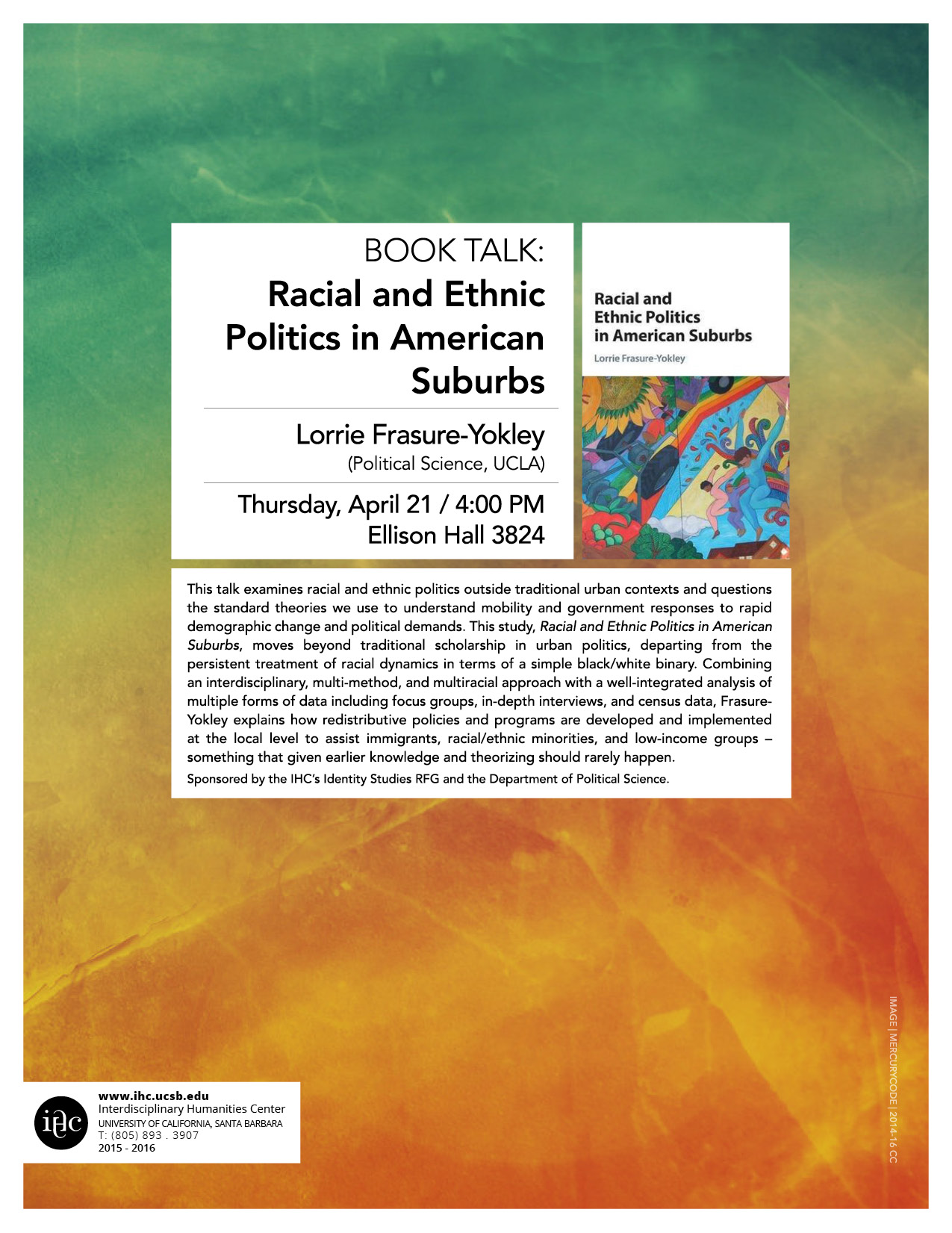 This talk examines racial and ethnic politics outside traditional urban contexts and questions the standard theories we use to understand mobility and government responses to rapid demographic change and political demands. This study, Racial and Ethnic Politics in American Suburbs, moves beyond traditional scholarship in urban politics, departing from the persistent treatment of racial dynamics in terms of a simple black/white binary. Combining an interdisciplinary, multi-method, and multiracial approach with a well-integrated analysis of multiple forms of data including focus groups, in-depth interviews, and census data, Frasure-Yokley explains how redistributive policies and programs are developed and implemented at the local level to assist immigrants, racial/ethnic minorities, and low-income groups – something that given earlier knowledge and theorizing should rarely happen.

LorrieFrasure-Yokley relies on the framework of suburban institutional interdependency (SII), which presents a new way of thinking systematically about local politics within the context of suburban political institutions in the United States today.

Sponsored by the IHC’s  Identity Studies RFG and the Department of Political Science.