04 May Alien Ocean: Life at Sea 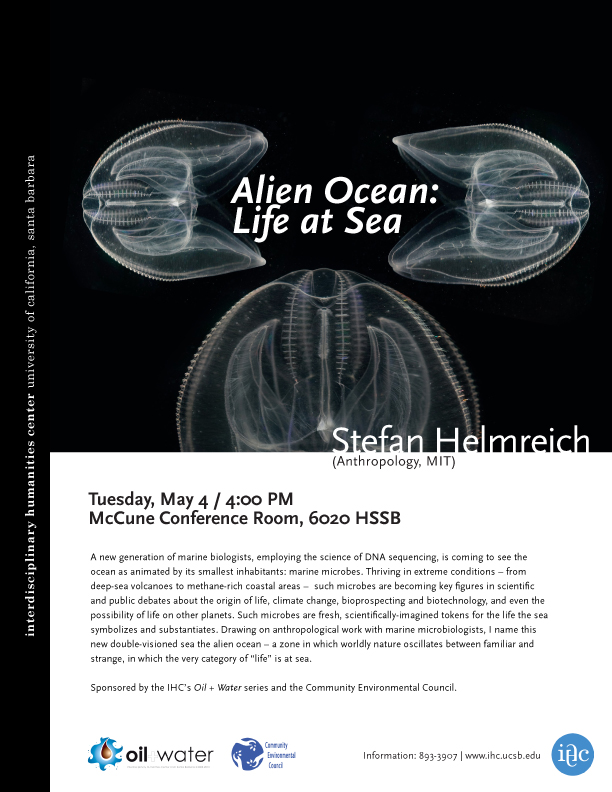 A new generation of marine biologists, employing the science of DNA sequencing, is coming to see the ocean as animated by its smallest inhabitants: marine microbes. Thriving in extreme conditions – from deep-sea volcanoes to methane-rich coastal areas –  such microbes are becoming key figures in scientific and public debates about the origin of life, climate change, bioprospecting and biotechnology, and even the possibility of life on other planets. Such microbes are fresh, scientifically-imagined tokens for the life the sea symbolizes and substantiates.  Drawing on anthropological work with marine microbiologists, I name this new double-visioned sea the alien ocean – a zone in which worldly nature oscillates between familiar and strange, in which the very category of “life” is at sea.