Posted at 11:01h in Upcoming Events by Admin 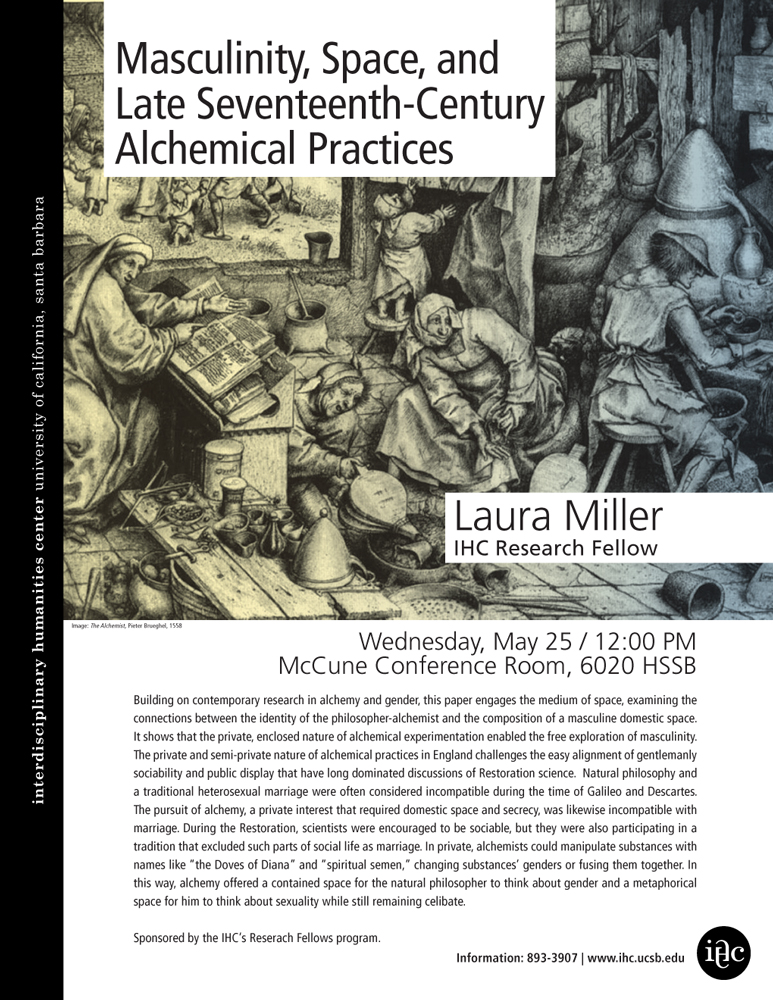 Building on contemporary research in alchemy and gender, I engage the medium of space, examining the connections between the identity of the philosopher-alchemist and the composition of a masculine domestic space. I show that the private, enclosed nature of alchemical experimentation enabled the free exploration of masculinity. The private and semi-private nature of alchemical practices in England challenges the easy alignment of gentlemanly sociability and public display that have long dominated discussions of Restoration science.   Natural philosophy and a traditional heterosexual marriage were often considered incompatible during the time of Galileo and Descartes. The pursuit of alchemy, a private interest that required domestic space and secrecy, was likewise incompatible with marriage. During the Restoration, scientists were encouraged to be sociable, but they were also participating in a tradition that excluded such parts of social life as marriage. In private, alchemists could manipulate substances with names like “the Doves of Diana” and “spiritual semen,” changing substances’ genders or fusing them together. In this way, alchemy offered a contained space for the natural philosopher to think about gender and a metaphorical space for him to think about sexuality while still remaining celibate.